Actor and supermodel Milind Soman is currently seen judging MTV Supermodel Of The Year along with Bollywood diva Malaika Arora. Recently, during an episode of the show, Milind made an interesting confession which left everyone including Malaika shocked. 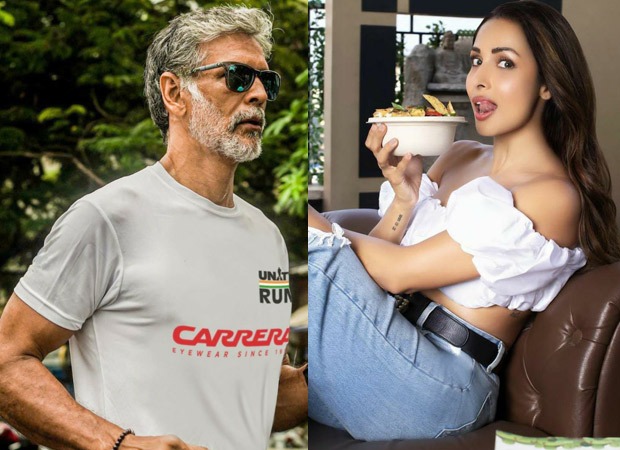 When asked what is the one thing in a woman that turns him on. To which he gives a witty reply and says “She has to be psycho,” and laughter exploded behind him. He then says, “Who is laughing there? Is that the crew?”. To which Malaika says that even they are ‘in shock’. Milind continued and said, “She should be loud. Like, (shouts) ‘I am here. That kind.”

However, Malaika says she has a very different choice than this. She says “Oh, baap re, I would hate to be caught in a room with this person because I would be running in the opposite direction. I would hate to be on a date like that.”

To which Milind again said, "Girls like that kind of catch my eye". “Really,” Malaika asked in disbelief, and he smiled. “Okay, forget me,” he said and asked her to list three things that turn her on in a man. To which Malaika says “I really like a guy who is a little rough around the edges. I like that. Too prissy, chikna, nahi hota (or clean-shaven, I don’t like). Outrageously flirtatious. I like somebody who can kiss really well,” Malaika said. Her biggest turn-off, she said, is a man who gossips.

Talking about his turn off Milind revealed that for him lying is the biggest turn-off in a woman. He revealed that his wife, Ankita Konwar, was the one person who knew him inside out. “She has seen all shades,” he said and, after a strategic pause, added, “of grey.”

ALSO READ: “I do 60 push ups in a minute” – Milind Soman on his fitness regime and diet; says he’s not disciplined with food