Their mayhem gave them momentum and moolah, and then they plunged into some mirthful exercises as well. Yes, we are talking about our well-known villains who have outdone themselves at comedy. And that, really, is no laughing matter. When the lines are blurring and every good actor is doing everything, it is part and parcel of the careers of reel blackguards to experiment. 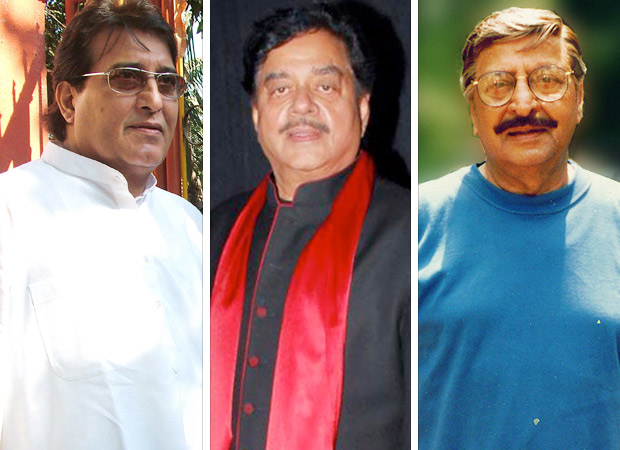 Mayhem to mirth: What makes villains take to comedy?

And why should they not? If Vinod Khanna and Shatrughan Sinha could become enduring top leads after beating up other heroes on screen, and Pran could turn into a sympathetic character artiste, why should comedy not be in as well?

If we go to the roots, this is not a new phenomenon, but it has been noticed more of late because of the quantum of villains who have travelled from ill-humour to good humour, so to speak.

Says writer-director Anees Bazmee (No Entry, Welcome and writer of Aankhen), “Villains turning to comic roles is not at all a new phenomenon. “Veteran 1930s actor Yakub was a well-known villain and then was a famous comic villain as well as comedian. Kanhaiyalal in many films, like Mother India, was a mix of both, while we all know Jeevan (actor Kiran Kumar’s father)’s mannerisms all the way to his films in the ‘70s.”

Anees explains that the ‘done’ tradition then was to have a script with segregated compartments: hero, heroine, character actors, comedians and villains. But it was not uncommon to find really good actors getting stifled in one kind of role and trying out something else.

In those days, the reel-real blurring was less because the simple audience (even if educated!) would actually believe that those who were evil on screen were also bad in real life. Veteran actor Pran would mention how no newborn was christened ‘Pran’ for the entire phase when he was a khalnayak! He recalled a home of a friend in New Delhi where the daughters of the house would be propelled out of sight of him!

In such a situation, a consummate artiste would probably also miss, even if at a subconscious level, a certain connection with movie buffs. Pran, undoubtedly one of our all-time finest actors, thus tried a shade of comedy in his evil act as early as in the 1962 Half Ticket in the hilarious song ‘Aake Seedhi Lagi’.

K.N. Singh’s arched eyebrows and a single half-closed eye also had their quotient of humour, even if it was not frank comedy. Much the same was true with Ajit’s OTT lines in films as varied as Yaadon Ki Baraat and Kalicharan, spawning a cavalcade of “Loin” jokes that are still told and heard!

“Comedy is the most difficult part of acting,” Anees maintains.”It is easy to show emotions and romance. It is easy to cry with glycerin. Comedy, however, is an art. Isse karne mein bada mazaa aata hai but the timing should be right and hardly everyone gets it right the first time round. It is perfected over time, with at least a few films needed to master it. We have seen so many very good actors who are not able to do comedy at all.”

After Half Ticket, Pran added more nuances to other black characters that he played, notably in Kashmir Ki Kali, Khandaan and Dus Lakh. “My character in Kashmir Ki Kali interchanged the pronunciations of sa and sha, while in Khandaan, my name was Naurangilal (a man of nine colours) and I wore those hues from head to foot!” 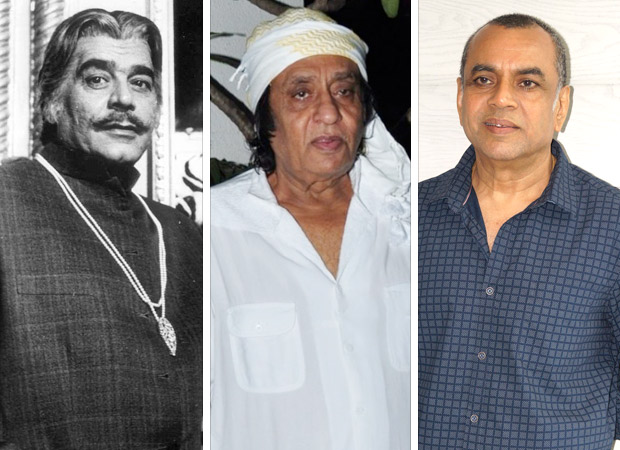 Notes director Priyadarshan, “Paresh Rawal had been a villain for long, even in my film Kabhi Na Kabhi. But I knew that he had a fantastic sense of timing that he utilized so well in his films.” The casting coup of his path-breakinVg comic masterpiece Hera Pheri, thus, was Paresh Rawal as Baburao.

The actor, who now mostly does author-backed comic characters thanks to this film followed by myriad others (Chachi 420, Mere Baap Pahle Aap, Welcome, Awara Pagal Deewana, Malamaal Weekly and many more), admitted in an interview later that he had kept R.K. Laxman's Common Man somewhere in his subconscious when fleshing out his role and acting approach.

We mentioned Paresh Rawal in particular as the man who changed gears almost completely to comedy, despite different roles in a few films like Table No. 21, Sanju and the forthcoming Manto. But by no means was he the only one.

The ‘80s Chennai potboilers and some Mumbai films inspired by them saw Kader Khan (doubling up as dialogues writer) and Shakti Kapoor as comic villains, who got the seetis and the taalis from the public, especially from the frontbenchers. Gulshan Grover was a master of gimmicky villainy, and a considerable part of that was camp as well. And all of them got to utter some interesting one-liners ranging from clever and corny to the rare cerebral ones.

Prem Chopra also took to humorous shades to his ‘bad’ image, and later even shifted to just comedy. He even became famous later by having his own shows suffused with comedy, songs and entertainment.

Recall the veteran Ranjeet, shown as a ‘Therapist’ (on his clinic’s name plate) in the 2012 Housefull 2? It was meant to be a witty but not-so-subtle play on his erstwhile reel image from the 1971 Sharmeelee as ‘The Rapist’!

This list would be incomplete without the contributions of two more legends—Amjad Khan and Amrish Puri. While Amjad took to humour pretty early with films like Qurbani and Love Story and even directed a video film that was a comedy later, Amrish became a cult figure as much for Mr. India (with the immortal “Mogambo khush hua” line and the way he uttered it) as well as a few later films, notably Chachi 420 and Baadshah.

A disclaimer of sorts is necessary: in many of such cases, the characters as written had dollops of comedy and were not ‘comedians’—that is a fine distinction. As Bazmee says, “Unlike the old kind of writing, there are no slots today like villain, comedian and so on. Comedy is something everyone enjoys, even the actors, who can demonstrate that he is a truly complete actor by doing this most difficult part of acting well.”