Marvel Studios’ Hawkeye is an original new series set in post-blip New York City where former Avenger Clint Barton aka Hawkeye (Jeremy Renner) has a seemingly simple mission: get back to his family for Christmas. But when a threat from his past shows up, Hawkeye reluctantly teams up with Kate Bishop (Hailee Steinfeld), a 22-year-old skilled archer and his biggest fan, to unravel a criminal conspiracy. 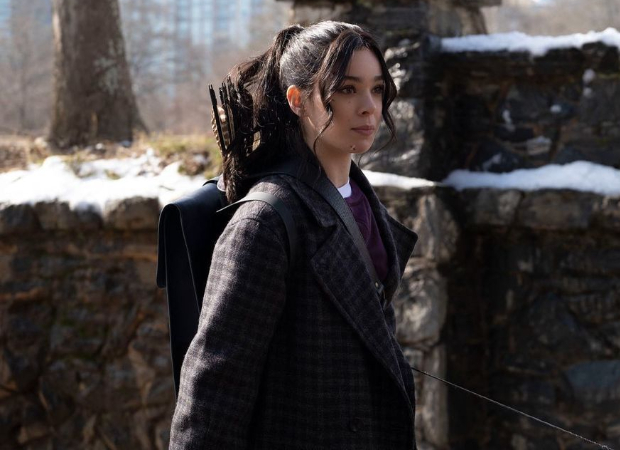 At the virtual press conference on November 16, Marvel's President revealed that Hailee Steinfeld actually did not audition for the role since she has already their choice for Kate Bishop. “Hailee did not audition. We were very very lucky that Hailee was open to this because we very much believe she was sort of the prototype for the character and this occasionally happens, you know the dream version of the character agrees to do it…. We were very thankful that she agreed to jump into this role because we had a feeling she would be great,” Feige said at the conference.

Steinfeld has an impressive resume with projects like the 2010 remake of True Grit, 3 Days to Kill, the Pitch Perfect franchise, the Dickinson TV show, Bumblebee, The Edge of Seventeen. She is currently voicing the title character in Netflix’s Arcane: League of Legends series. When asked about joining the Marvel Cinematic Universe, Hailee said, “This feels so crazy to me right now sitting here with this group of people. I’m so grateful to be a part of this show and this universe and it’s only the beginning. This show’s not even out so I’m looking forward to that day.”

Interestingly, this ain't her first stint with Marvel Universe. Talking about her roles as Kate Bishop in the MCU and Gwen Stacy/Spider-Gwen in the animated Spider-Man: Into the Spiderverse, she added, “It’s incredibly cool. I feel so honored to be a part of both projects. But I think it’s, you know, the characters have similarities but they’re very different, and of course one is animation and one is not, and two completely different worlds. But I always love that I do find the characters that I have played in the past do have this sort of consistency in being these young women who are strong-minded, have a point of view, have an idea of who they are in this world, and they really stop at nothing to get what they want, to achieve what they want to achieve, and I think that both Gwen Stacy and Kate Bishop are proof that if you set your mind to something you can really achieve great things”.