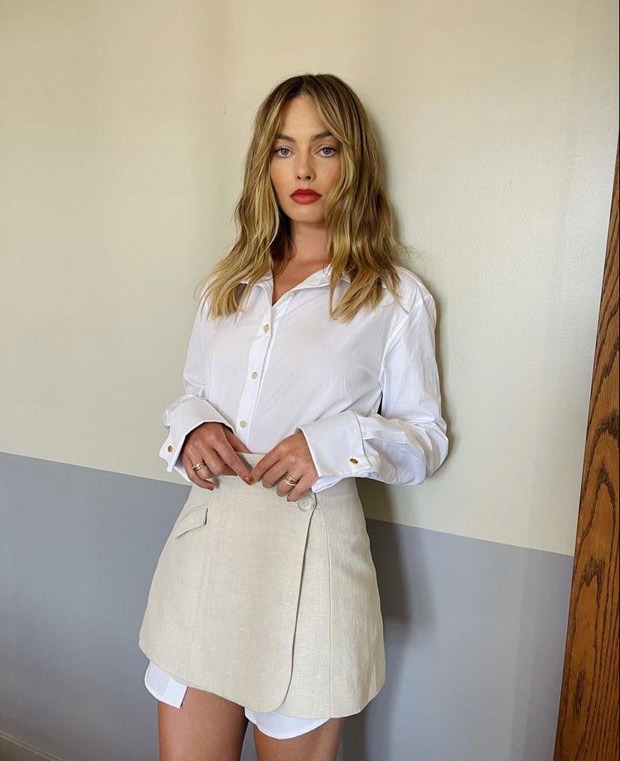 Margot Robbie knows how to stun, be it as Harley Quinn or just as herself. She looked absolutely stunning in a muted down outfit. She styled an oversized white dress shirt with an off-white mini skirt with her shirt peeking through from underneath. Robbie looked ravishing in this outfit from Annaquan Label. She also styled the look with some rings from Pandora. Her makeup was fresh with her hair in middle parted waves and bold red lips. Margot stuns in this look!

Robbie has been out and about to promote her new movie, The Suicide Squad, a sequel to the 2016 movie in which she reprises the role of Harley Quinn. Her next big roles are in a live-action Barbie film, in which she’ll play the titular character of Barbie, as well as a buzzy untitled David O’Russell film starring Christian Bale, Robert De Niro and Taylor Swift.