Kangana Ranaut’s Manikarnika: The Queen Of Jhansi released yesterday and the first reviews are all positive. Based on the inspirational real life historical character essayed by Kangana, the film guarantees to evoke patriotism amongst masses on Republic Day. It is interesting to note that Sanjay Leela Bhansali’s magnum opus period film based on the legend of Rani Padmaavati, Padmaavat, opened to amazing collections, paving a way for a new trend. The year 2018 saw a lot of period films being announced, most of which are slated to release this year. Here’s why the year 2019 is all about period films. 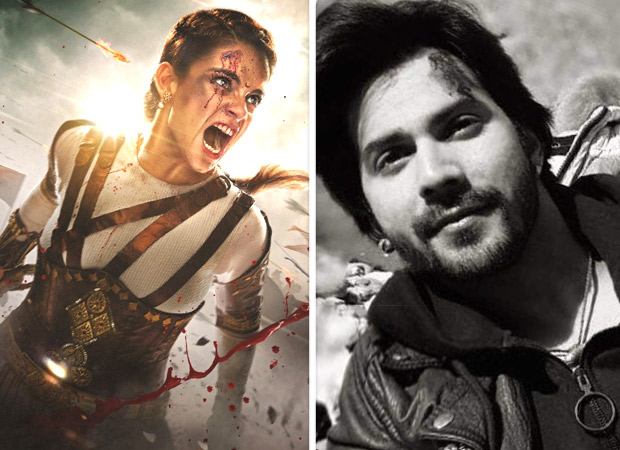 It’s wrap on #kalank. My biggest film till date and the 4th one with @aliaa08 . We have worked really hard to not let our fans down I’m crazy excited for people to see adi,Sona,madhuri maam, Sanju sir ,Alia Maam and me on the big screeen. Super excited about this one pic.twitter.com/IOe0KdfGIJ

Karan Johar’s dream project is set in the 1940s and tells a story about the two countries – India and Pakistan before, during and after the partition. The film set to release on April 19, 2019 and has an enviable cast including Alia Bhatt – Varun Dhawan, Sanjay Dutt – Madhuri Dixit and Sonakshi Sinha – Aditya Roy Kapur. The movie will have the grandeur and majestic imagery and is directed by the 2 States director Abhishek Varman. After Kalank, Karan will also has Takht – a historical period film highlighting the Mughal era in India which will release next year.

Salman Khan – Katrina Kaif’s much awaited period film will drop this Eid and we have already got a sneak peek of what the film will be after the makers released its teaser yesterday. The film will be spread across 60 years, again the plot highlight is the Indo-Pak partition, and will showcase different looks of the leads along the way. Salman will be sporting six different looks in this Ali Abbas Zafar directorial. The trajectory of the film will progress by keeping the nation’s evolution parallel to it’s leading man’s life.

Akshay Kumar’s Kesari is a Dharma Production which highlights the brilliant, valiant and important war fought in the history of British Raj. Akshay Kumar is set to play a brave Sikh soldier who fights the Battle of Saragarhi from the side of the British army against the Pashtun Orakzai tribesmen. The film is set in 1897 and also stars Parineeti Chopra.

Ashutosh Gowariker’s Panipat stars Arjun Kapoor, Kriti Sanon and Sanjay Dutt in lead roles and is set to release in December, 2019. Arjun has been sporting a bald look with a handlebar moustache for the film set in the Maratha era. The movie revolves around the famous war fought between the Marathas and the Mughal army of Ahmad Shah Abdali in 1761.

Again set in the Maratha era, the movie is headlined by Ajay Devgn and will release in November this year. Devgn plays the great Maratha warrior Tanaaji Malusure who laid down his life to save the Maratha empire and vanquish the Mughals. Sinhagad Fort has been named after him as he was called the Sinha or Lion amongst the Marathas. This film is set in 1670 AD.