Last Updated 01.12.2022 | 7:18 PM IST
feedback language
follow us on
Bollywood Hungama » News » Bollywood Features News » Malaika Arora says Arjun Kapoor is her “happily ever after,” and that her last message to him was “I love you too”

In a recent episode of MTV's Supermodel Of The Year Season 2, Malaika Arora discussed Arjun Kapoor. Malaika and her co-judge Milind Soman exchanged intimate questions with each other, which included their lovers. The two were open and honest about everything from what attracts them to the opposite sex to adultery. 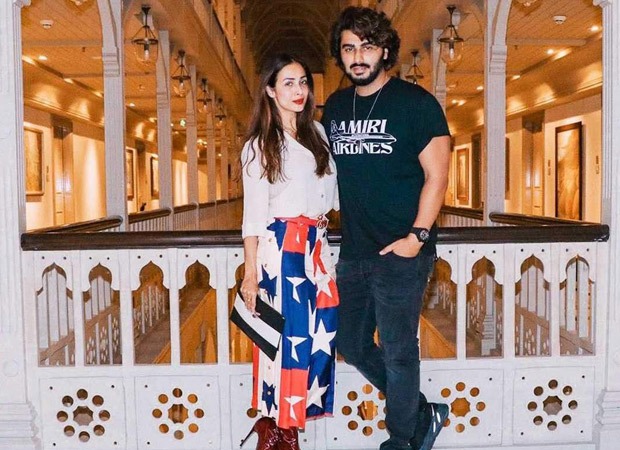 Malaika Arora says Arjun Kapoor is her “happily ever after,” and that her last message to him was “I love you too”

Milind started the conversation by asking Malaika about her greatest international model infatuation. Malaika chose Bond actors Daniel Craig and Bella Hadid as her response. When it comes to what turns her on, Malaika said, “I like a guy who’s a little rougher on the edges. Outrageously flirtatious. I like somebody who can kiss really well.” She, however, revealed that she gets turned off by “a man who gossips.”

When Milind asked Malaika about the one person in her life who knows her inside and out, she acknowledged that she has frequently sent “naughty” images to her lover. The actor was quick to take Arjun Kapoor’s name. Malaika added, “He knows me, he gets me, understands me, he annoys me.”

“Is this the love of your life?” Milind also asked Malaika. Malaika replied by asking Milind if he believes in 'happily ever after,' and with a quick "Oh yeah," she implied that Arjun was the man in her life. “Malaika will never be single again,” Milind said on camera, adding to the sentimental atmosphere.

Finally, Milind inquired about the most recent message she had written to Arjun. Malaika blushed and answered, "I love you too," in response to Arjun's previous message.

Also Read: Malaika Arora stuns in metallic pants with a tank top and a bag worth Rs.1.2 lakh