Happy Phirr Bhag Jayegi stars Sonakshi Sinha and Diana Penty are currently busy promoting their film. The two leading ladies recently visited the sets of the reality show, Dance Deewane which has Madhuri Dixit as a co-judge. Sonakshi and Diana got time to spend with several contestants and even got an opportunity to dance with the dance diva Madhuri. 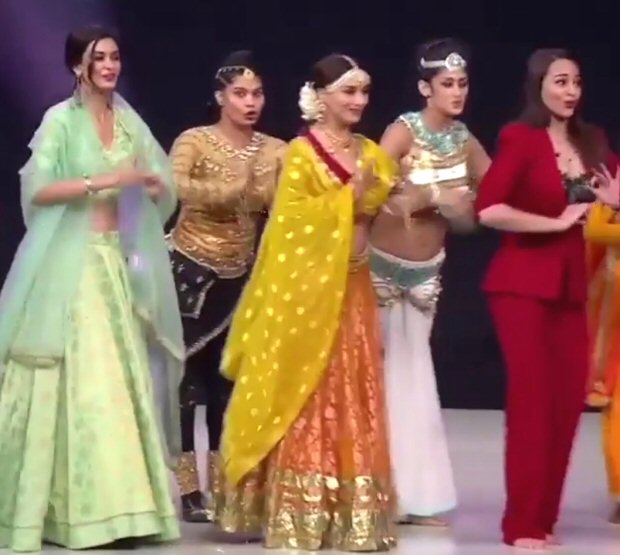 Madhuri Dixit was dressed in all traditional attire to pay tribute to yesteryear actress Madhubala. She even recreated the Mughal-e-Azam song  ‘Mohe Panghat Pe Nandal Chhed Gayo Re.' The actress even recreated one of her hit tracks from the 90s blockbuster Khalnayak. Sonakshi Sinha and Diana Penty joined Madhuri on stage with several other contestants as the actress taught Happy Phirr Bhag Jayegi stars the hook step of the iconic song. The audience could not stop cheering as the three actress entertained the audience with their amazing moves.

Sonakshi shared a video from the filming of the episode and captioned it, "Epic moment on #Dancedeewane! Both the Happy’s got to match steps with the amazing @madhuridixitnenema’am on her iconic song!!! Dont miss this fun episode! @dianapenty."