As part of the Sunburn arena, American rapper Wiz Khalifa hit India for the second time. After his first and super successful India tour during the Time Out 72 music festival during which he performed in Goa, this time the rapper hit Delhi and Mumbai and drove fans crazy! The Mumbai concert, which took place on the 15th of September, also saw power-packed performances by artistes Raja Kumari, Ananya Birla, Monica Dogra and Emiway Bantai. 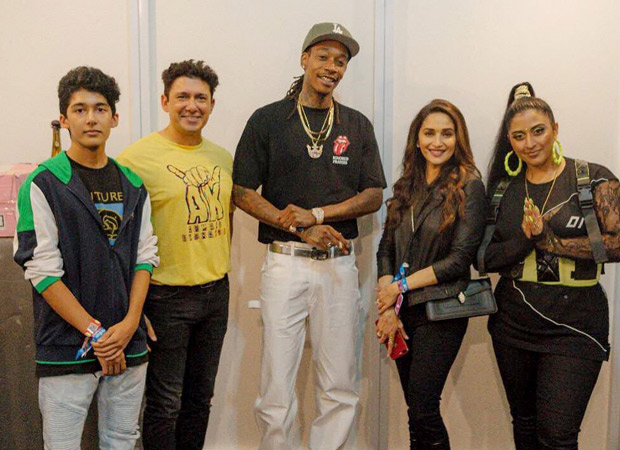 The concert was attended by Madhuri Dixit, husband Dr Shriram Nene and their young son. After the concert, they also walked up to the back stage. Madhuri's son happens to be a huge fan of Wiz Khalifa and this was a definitely a fan moment for him. We saw all four of them posing for a picture. The beauty later shared the picture on her Instagram handle. 'Thanks for showing the world yet again that music knows no boundaries of genre, age, culture etc,' she wrote.

Thanks for showing the world yet again that music knows no boundaries of genre, age, culture etc. @wizkhalifa we had a great time grooving to your songs???????????? @therajakumari @drneneofficial

Madhuri was seen wearing an all-black attire. A black denim, a black top and a black leather jacket...that's quite an id Anurag Kashyap's Gangs of Wasseypur features as the only Indian film in The Guardian's Best 100 films of the centuryeal getup for a night full of rap madness!