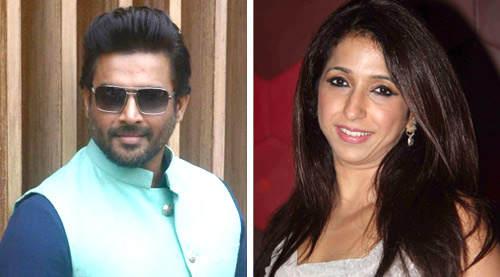 Tanu and Manu are back, and this time they are promising a lot more fun. Now that's something Krishika Lulla was looking forward to as well once Aanand L. Rai dropped more than just a hint of coming up with a sequel to Tanu Weds Manu. Though it was Raanjhanaa with which the producer and the director collaborated first, it was a given that Tanu Weds Manu Returns would be happening for sure. In the four years gone by, while Kangna Ranaut has soared by leaps and bound, Madhavan too has picked the film carefully as the one with which he breaks the sabbatical. Overall, a happy scenario for Krishika. Over to her.

You were hands on during the making of Tanu Weds Manu Returns. Guess you are enjoying being a producer more than ever before?
(Smiles) The very feel of making this film has been simply unbelievable. I have always said that you get the feel of where the film is progressing during the shooting itself; you start feeling the vibe that it is in the right place. Tanu Weds Manu Returns has the right mix of emotions in place. It is quite a happy movie but then it treats you to different kind of emotions as well. You will feel happy, you will feel sad, and you will feel for the characters. Every moment in the film is the kind that you would really enjoy.

With Aanand as a director, has he further pushed the film into a zone where he delivers nothing but the best?
I feel Aanand is a wonderful filmmaker. Usually all the directors wait for the time when they can finish one film and move on to another. Sometimes they two back to back films. At times, they even do two films at a time. Really, I don't know how they do it. However, Aanand is different. He is someone who lives and stays in the world for a film that he is creating currently. In fact he takes a lot of time to get out of that zone.

You seem truly impressed with him.
Yes, and that's because there are a few filmmakers that I have worked with and Aanand has his own uniqueness. It is his honesty that speaks. I like such kind of realistic cinema where people can relate to; I love making that. I have been able to find filmmakers who also believe in what I believe.

While Kangna can be pretty much seen rocking the show with Tanu Weds Manu Returns, how has the man of the house, Madhavan, progressed further in the film?
Maddy is a very good actor. He has proved himself in the South and Tanu Weds Manu. I love the trailer of his next film, Saala Khadoos, as well. He is very picky and choosy about his films, and this is why he is coming after a very long time. He has been offered many films but he wasn't happy with the script, story or the screenplay. He found that in Tanu Weds Manu Returns and he has done fantastic all over again as Manu. I hope he continues to make such good choices and make more films.

How about more films from you? Is there something in the making?
I am working on two subjects and have signed the cast as well. Await a formal announcement (smiles).