Akshay Kumar's darling daughter Nitara has turned 7, and he can't keep calm! The actor took to Instagram to share the most adorable birthday wish for the little girl.  'She's happiest when she's in daddy’s arms and so is daddy, evidently.. Wishing you all the happiness in the world always,' he wrote, wishing the daughter a happy birthday. 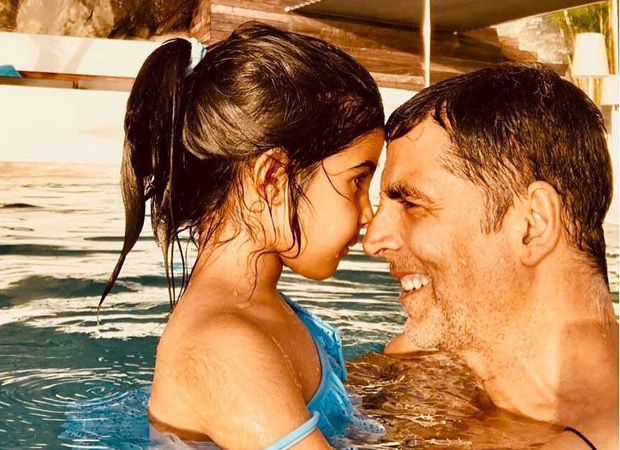 And the photo is also proof, that Akshay can't stay a second without his stunts...LOL! The picture dates back to the actor's own birthday celebration, which was about two weeks back. The family set off for a day full of adventures, and had a good one!

She's happiest when she's in daddy’s arms and so is daddy, evidently ???? Wishing you all the happiness in the world always❤️ Happy birthday darling, Nitara ????????????

On the work front as well, Akshay is having a fulfilling time. We recently got our hands on his first look as Rajkumar Bala from his upcoming release Housefull 4. He's been also filming for Sooryavanshi, Rohit Shetty's next addition to his own cop universe, also starring Katrina Kaif. He is also part of Good Newwz, a family drama featuring him opposite Kareena Kapoor Khan. Raghava Lawrence's comedy horror Laxmmi Bomb also stars him in the lead.

Also Read: Housefull 4: Akshay Kumar would spend two and a half hours daily to transform into his bald look