Actor Sanjay Dutt and his wife Maanayata Dutt left for Dubai to be with their kids earlier this week. The Kalank actor was diagnosed with cancer in August and was doing his preliminary treatment in Mumbai. As his treatment has begun, he also resumed work and wrapped up some of his commitments before heading to Dubai for ten days. 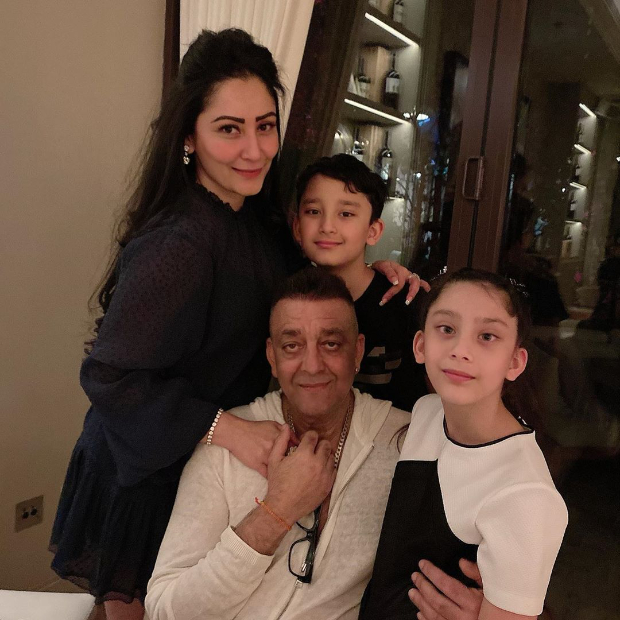 Since Maanayta, Shahraan, and Iqra were in Dubai during the entire lockdown, Sanjay Dutt stayed connected via video calls. Now, he reunited with his kids after several months. Maanayata shared the picture and captioned it, "Today...I want to thank God for the gift of family. No complaints...No requests... just to be together, forever. Amen #blessedbeyondmeasure #love #grace #positivity #dutts #beautifullife #thankyougod."

Today...I want to thank God for the gift of family. No complaints...No requests... just to be together, forever. Amen ???? #blessedbeyondmeasure #love #grace #positivity #dutts #beautifullife #thankyougod????

Sanjay Dutt will be resuming shoot for the Yash Raj Films' big-budget historical Prithviraj post-Diwali! The details have been revealed according to reliable trade sources. A trade source reveals, “Sanju has finished 85-90 percent of Prithviraj shoot already and he has just 5 to 6 days of shoot left. He has finished maximum portions of principle photography and he will be resuming the Prithviraj shoot immediately post Diwali. He has been a rockstar as he is finishing all his shooting commitments. The makers are planning this shoot basis this time window and will wrap up the entire film immediately.”

Once he is back, Sanjay Dutt will also resume work on Bhuj: The Pride Of India and KGF: Chapter 2.