Ranveer Singh is a superstar of this generation who commands enviable popularity and fan-following across the globe. However, it was not easy for him to reach to the top as revealed by film-maker Anurag Kashyap who sensationally revealed how the actor was rejected in two films, including Bombay Velvet, for various reasons. 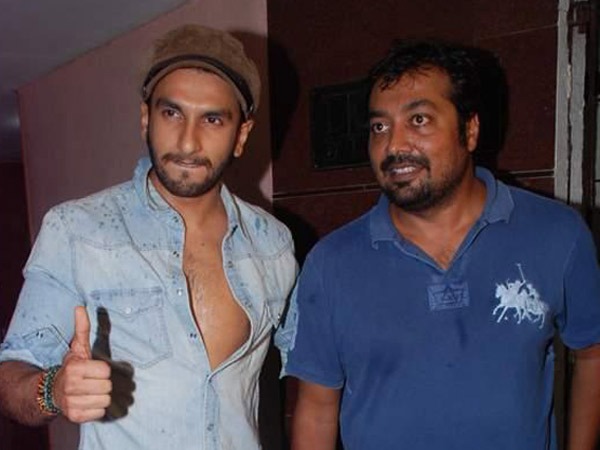 Anurag said in an interview with Faye D'Souza, “Your Ranveer Singh is your superstar. However, much people call him an insider because of some remote connections from two generations before. The man has struggled. The man was rejected in an audition in Shaitan. Ranveer Singh is an actor who when I wanted to cast him in my movie Bombay Velvet - I had a tough time. My studio and no one believed in me and they asked me/told me that they won’t give me money if I make the film with him. Ranveer Singh, I know two personal stories of my production that rejected him. He is a star today!”

Amidst the nepotism debate, Anurag was speaking about how an outsider can make it big in Bollywood if he or she has genuine talent. He highlighted that no one with sheer brilliant talent can be stopped just like Ranveer.

Anurag Kashyap wanted to cast Ranveer in Bombay Velvet but the producers of the film said they would not give the money to make the film if he is casted in it, Ranveer was also rejected when he auditioned for the film Shaitan pic.twitter.com/Y7FYjW3oVT

ALSO READ: Anurag Kashyap & Kangana Ranaut engage in war of words – “You take four to five people with you and go beat China”