The holiday season has already set in and this is that time of the year when the see the Bollywood folks letting it lose and having a fun filled vacay. Beachy locations seem to be the flavour of this season and many actresses have set out to enjoy a relaxed holiday amidst the blue waters. Amongst them is Kiara Advani who earned a lot of fame this year, courtesy, the Netflix movie Lust Stories. 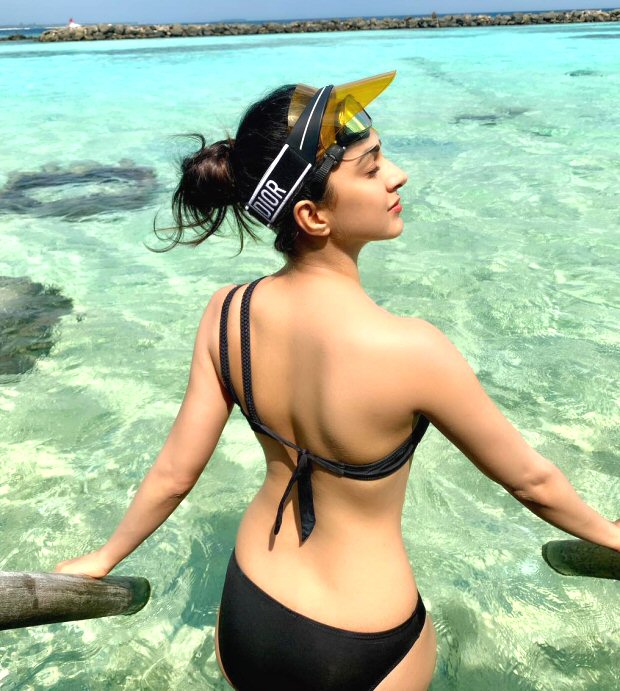 It seems that Kiara Advaniis in a vacation mood and will be in relaxing beachy mode for the New Year’s this time! The actress took to Instagram to share a sexy picture on the social networking site. She shed all inhibitions as she set out to enjoy the picturesque blue sea in a black bikini number! Not surprisingly, her swimwear pics have caught on the web like fire. And not just that… the blue waters will definitely set the mood right for you to take a beachy vacation right now, don’t you think so?

On the work front, Kiara Advani seems to be on a different high. After the success of Lust Stories, the association of the actress and her director Karan Johar continues with Good News. Produced by Johar under his banner Dharma Productions, the film features her alongside Diljiit Dosanjh, Akshay Kumar and Kareena Kapoor Khan.

Besides that, the actress will also be seen with Shahid Kapoor in the remake of Arjun Reddy, Kabir Singh and will be seen in a special appearance in the ambitious Karan Johar project Kalank. The actress is also gearing up for another interesting South project after the stupendous of Bharat Ane Nenu with Mahesh Babu, Vinaya Vidheya Rama with Ram Charan.

While she has enough on her platter, it seems that the actress will resume work only after this relaxing New Year break! What say?