1.Gajraj Rao in Badhaai Ho: A special award for the one who thought of signing this relatively unknown ‘invisible actor’ for the role of a small-time ticket collector in Delhi who suddenly finds himself in the vortex of a virility victory. Gajraj made his character Jeetender Kaushik invisible in the way Sanjeev Kumar always did. Gajraj disappeared into his character. All we saw was a man of great dignity forced into an undignified situation. 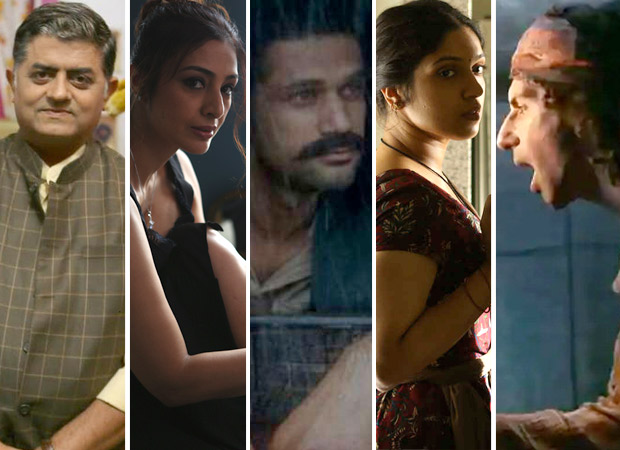 2. Tabu in AndhaDhun: If you are a Tabu fan—and who isn’t?—it’s easy to see how complex her roles are getting. This is Tabu’s third negative role in recent times after Haidarand Fitoor. In Andha Dhun she has killed her husband and doesn’t mind killing again. In short, Tabu kills it.

3. Soham Shah in Tumbadd:What’s it about this actor that makes him slip into every character with such consummate finality you fear he will never come out of it? In the timeless Tumbaddhe was the avaricious Vinayak who befriends monstrous creatures to satiate his appetite for gold. Shah was so ripely debauched without overdoing it. Brilliance doesn’t come in flashy packages only. What say, Ranveer?

4. Bhumi Pednekar in Lust Stories: Playing the house help she was to the script what Yalitza Aparicio is in Alfonso Curon’s highly regarded Roma. As the house help Bhumi was required to say nothing, simply serve. And boy, does she serve Neil Bhoopalan in an opening love-making sequence where she shows she is fearless before the camera. Full blooded, robust, uninhibited.

5. Jim Sarbh in Padmaavat: Torn between loyalty and lust, sexual desire and a viperish viciousness Jim Sarbh’s Malik Kafur, slave and lover to Allauddin Khilji was simply the most layered character in this sprawling saga of valour and bravado. Sarbha brought an extraordinary sadistic meanness to his trans-gender’s role. More unique than eunuch, you wouldn’t want to meet this despicably immoral man in a dark gully. He will slit your throat and then do worse.