Salman Khan is one hell of an entertainer on and off camera! Also, he is highly rated as one of the most celebrated host and it is clear why. He keeps his audience hooked on by his trademark charm and funny antics! He is currently hosting game show Dus Ka Dum where a lot of celebrities make an appearance to promote their films. The latest celebs to come were his brother in law Aayush Sharma and his Loveratri co-star Warina Hussain. Together, they had a ball on the sets of Dus Ka Dum. Salman was in his element as he danced the night away playing garba with the Loveratri stars. It reminds us of his super hit movie Hum Dil De Chuke Sanam with his ex Aishwarya Rai!

Singer Mika Singh too made an appearance on the show and pulled Manish Paul's leg. Judging by the pics, the show looked like a lot of fun! Loveratri is all set to release on October 5. Salman is launching Aayush with this film and we hope that the movie does well for him. Salman revealed at the Loveratri trailer launch that his brother Sohail Khan first spotted Aayush in a gym and decided to cast him in a film. Six months later it turned out that their sister Arpita Khan revealed that she wanted to marry the same guy! The brothers already had approved Aayush and were impressed with his discipline towards working out and focusing on work. 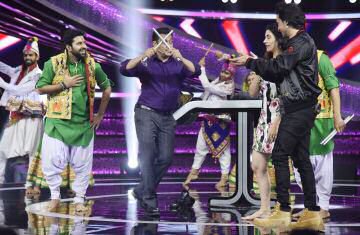 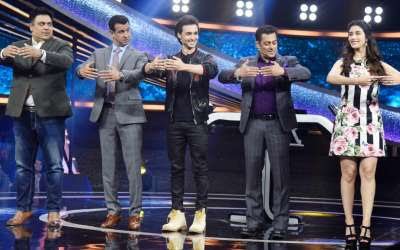 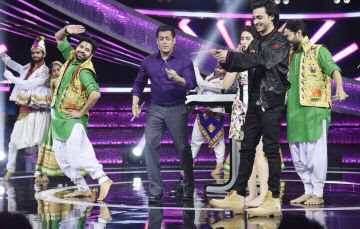 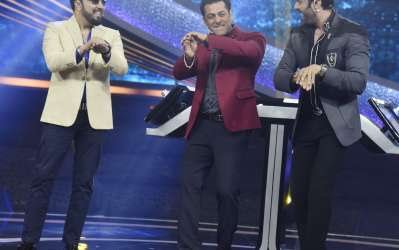 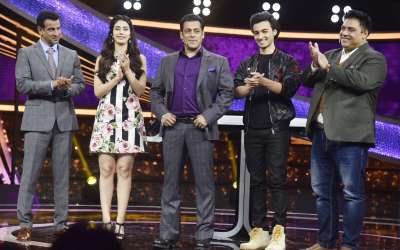 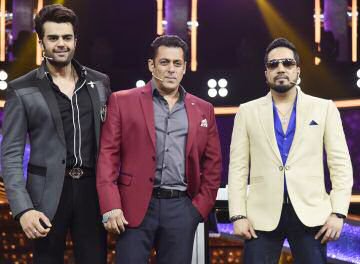 Salman is also working on his ambitious next, Bharat with Ali Abbas Zafar. He will soon take off to Malta with Katrina Kaif to shoot their portions together. The film will be shot in multi locations in India and abroad and is a remake of a Korean film Ode To My Father.