Katrina Kaif, who is currently riding high on the success of Bharat, recently took time out from her work commitments to attend the baby shower of her manager. While the actress is currently busy shooting for the Akshay Kumar starrer Sooryavanshi, she decided to still take out some time for her manager Prarthana Chadha Ajmani’s baby shower. The actress not only clicked photos with the mommy-to-be but she also shared a lovely post on social media. 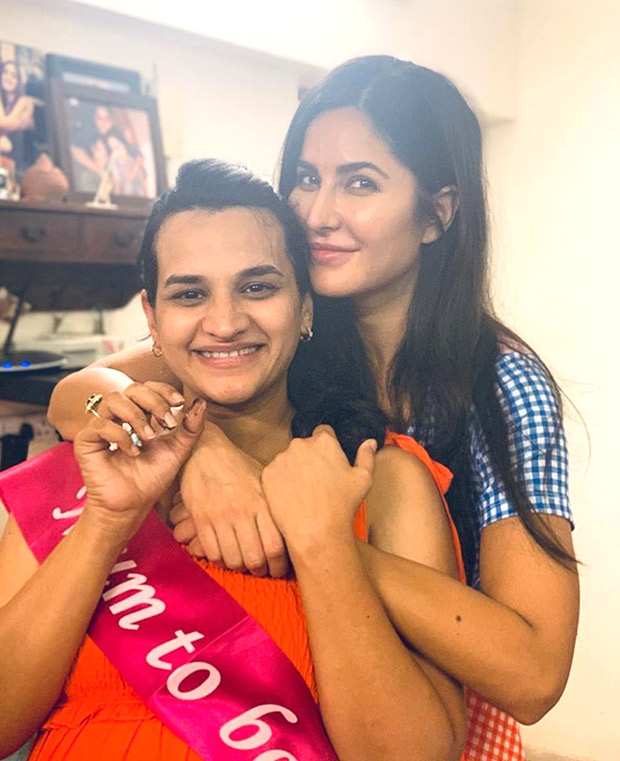 The private baby shower that was held at her manager’s residence and Katrina Kaif posted a photo on her Instagram page from the bash. The actress couldn’t hold her excitement about the baby’s arrival and posted the caption saying, “Baby shower yeyyyyyyyy on the way.” Here’s a look at the post:

Besides her, many other friends of Prarthana Chadha Ajmani including Kareena Kapoor Khan’s manager Poonam Damania attended the shower. Here are the photos shared by Prarthana on her Instagram handle where she also thanked all her friends and well-wishers for making it all very special!

Blessed with the best family and friends and ofcourse the best husband. Love you all for making it so special! A big shout out to @aarti1980 @aartivarshathakur and @shivanakanwal @anchal6363 @lovesneha22 for the special efforts taken! @poojachadhahegde for sitting far away and being here in spirit.@poonamdamania the secret was well kept through lunch and keeping up with the acting skills :) My baby zaara for all the lovely decorations and my favourite @katrinakaif for coming and making this day even more special.best surprise ever guys! My best friends @karishma204 for coming when you are just about to pop! @anishalalwani for coming alllll the way ,but without my Zain. @anuj.ajmani you are truly a blessing, the best ever!!! My entire matrix family , had the bessssst time. Love you all.

On the work front, Katrina Kaif will next be seen in Sooryavanshi and the actress is yet to announce details about her next project. The Akshay Kumar starrer, directed by Rohit Shetty, features the actress in the role of the hero’s love interest whereas the actor is expected to play the role of ATS Chief. The film will hit the big screens on March 27, 2020.