Deadpool is certainly the quirkiest superhero who will mouth the funniest line, even when he’s beating the hell out of others. The first film was a super-hit and Fox Star Studios, have ambitious plans to make the sequel an even bigger success. Just a week ago, it was reported that the studios had roped in popular youth icon, Ranveer Singh, to dub for the character of Deadpool for its Hindi version. Fox wanted a star to be as quirky as Ryan Reynolds's character and resonate with Deadpool’s personality. There has been back and forth banter between Hollywood actor Ryan Reynolds and Ranveer since the Hindi trailer of Deadpool 2 came out. 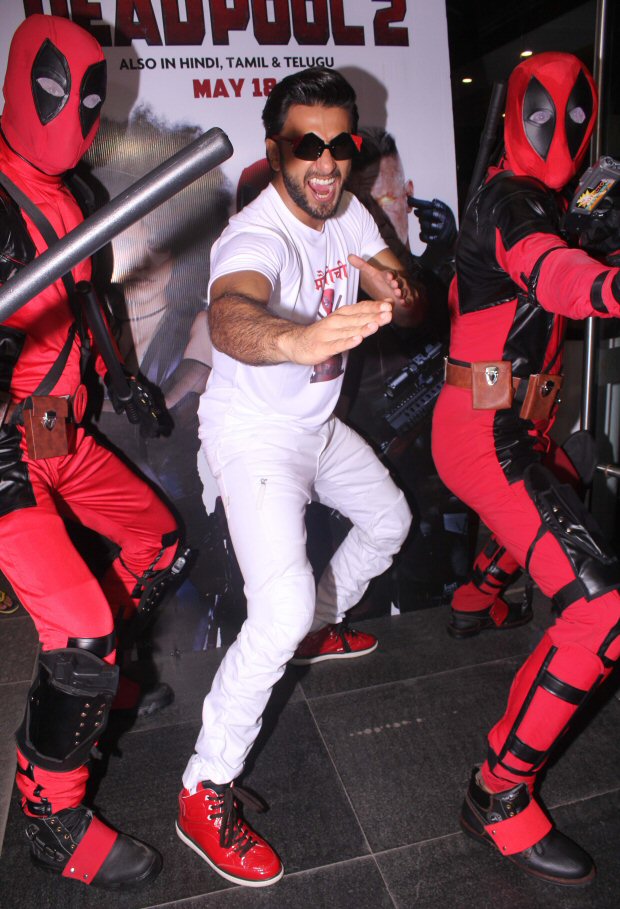 Keeping his quirky image in mind, Ranveer Singh who has voiced for the character of Deadpool for the Hindi version of Deadpool 2 held a special screening for his friends and family. The screening was also attended by Ranveer's parents and his elder sister. At the screening, he came dressed all in white but his quirky t-shirt grabbed eyeballs. It had Deadpool's face with 'Maushichi' written making it equally funny and written on it. He was seen posing with two people dressed as Deadpool. 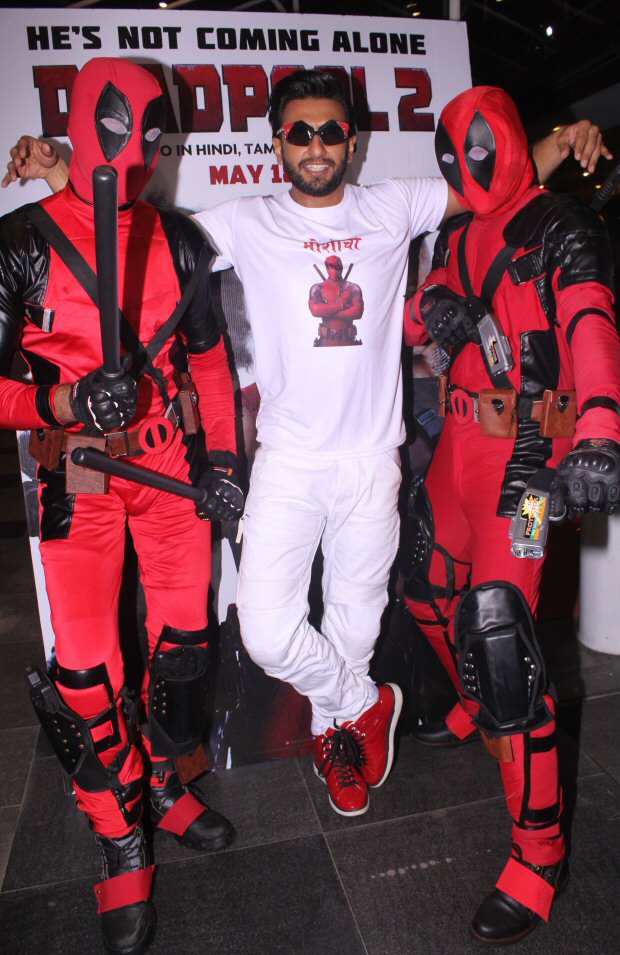 Deadpool 2 will hit theatres on May 18 in both Hindi and English. The original film stars Ryan Reynolds, Josh Brolin and is directed by David Leitch. 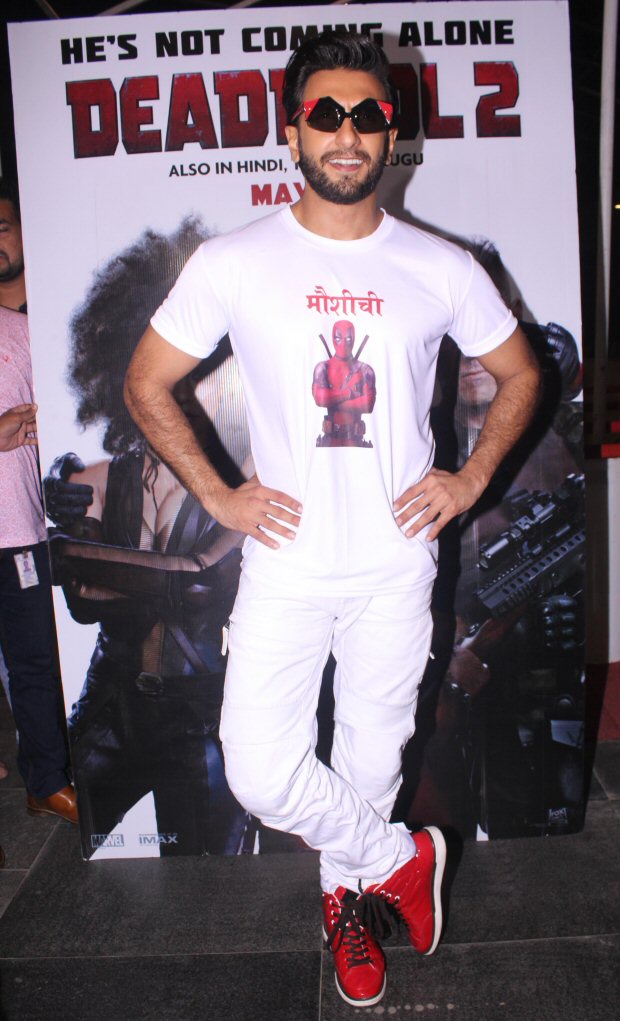 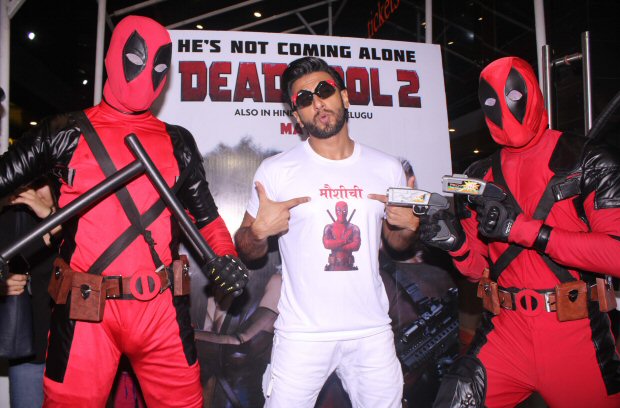 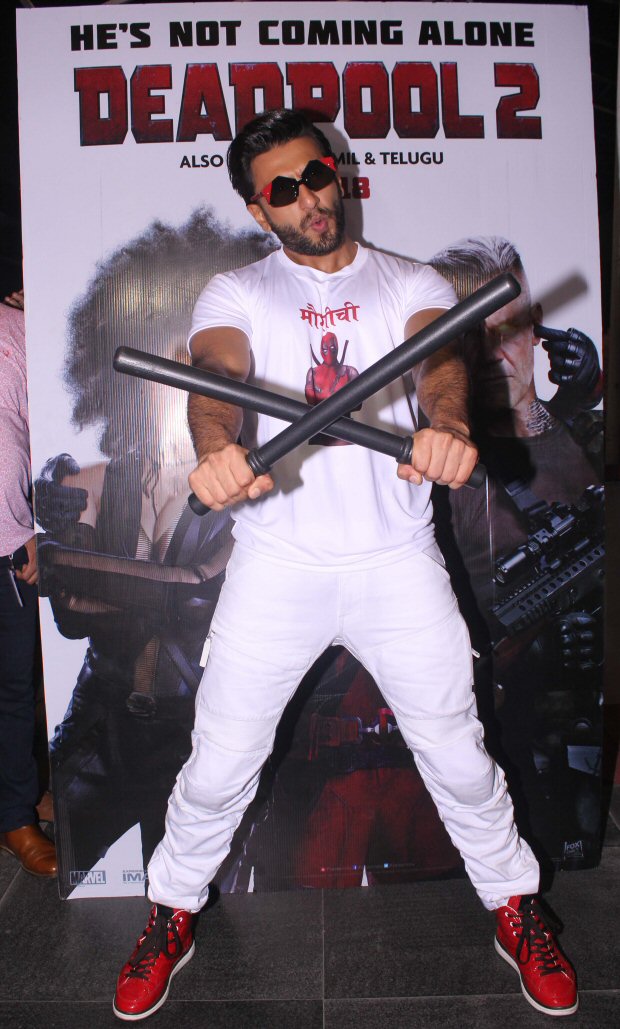