When Deadpool comes to town, quirky, cool and superhero like stuff happens. So when Ranveer Singh, India’s coolest, funniest and most popular young superstar dubs as Deadpool’s voice in India, truly fun and cool stuff was expected to happen.

In a unique promotional gimmick, Ryan Reynolds (Deadpool) and Ranveer (the voice of Deadpool in Hindi) broke the internet today while promoting the film. Fox Star Studios hoped to cash in on the super success of the first Deadpool film by bringing Ranveer onboard to make the sequel more popular and appealing with the heartland and give it pan India reach. Ranveer Singh, by far, is the biggest youth icon from cinema. Ranveer’s voice will widen the affinity of the character and bring in more revenue. Fox brought together these two massive superstars to make noise globally about Deadpool 2. 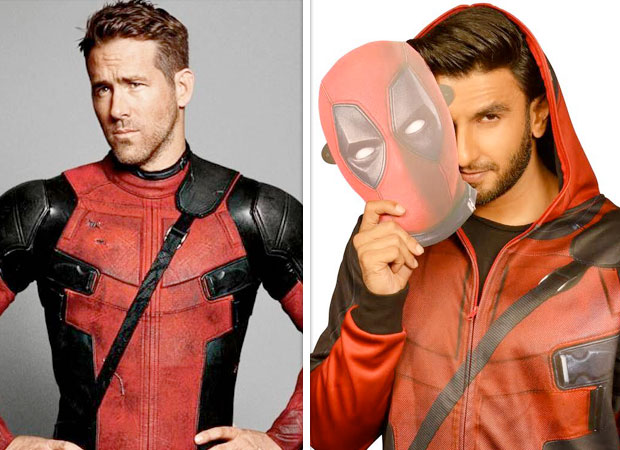 Ranveer, on social media, posted a hilarious tweet while releasing the Hindi trailer of Deadpool 2. He took a massive funny dig at Ryan saying, “Astonishing how effectively I’ve managed to out-crass my Canadian counterpart @VancityReynolds. Never realised how fulfilling & rewarding foul Hindi language can be! #Deadpool2Hindi”

Ryan is known the world over for his outstanding sense of humour. And he responded saying, “Well if I tried to curse in Hindi, pretty sure there would be an international incident.”

Given that Ranveer’s witty, edgy personality is a perfect match to Deadpool’s personality, their mutual banter is nothing short of epic.
Their banter brought global media attention to the film that is set to open on May 18th. Fun and quite irreverent, Ranveer and Ryan’s Deadpool banter is nothing short of fabulous and adds tons of appeal to the film.

Well if I tried to curse in Hindi, pretty sure there would be an international incident. https://t.co/cxeRIiUy5o