Just like every year, Cannes Film Festival brought many Bollywood stars to the prestigious red carpet. While many stars attended the film premieres, Bollywood actresses made their way to the red carpet in stunning outfits. The newlywed Sonam Kapoor headed to Cannes Film Festival 2018 red carpet on Monday, May 14 in a Ralph and Russo custom lehenga. Making her bridal entry, she made heads turn. While Sonam has been to the carpet many times before, it was Pakistani actress Mahira Khan's first time at the red carpet. 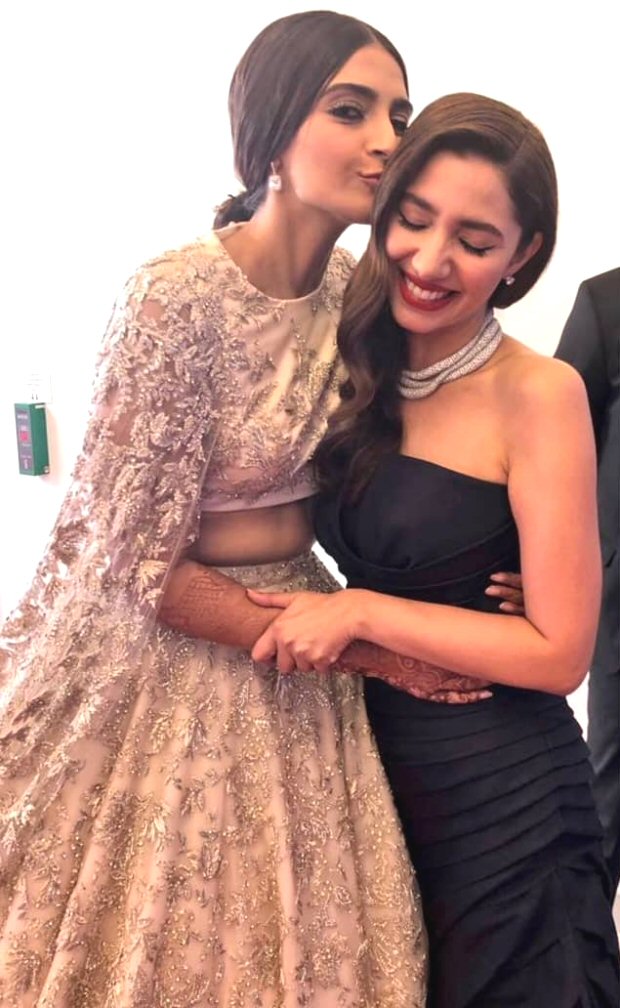 “Thanks so much mahira! Can’t wait to hang out with you at cannes!,” Sonam Kapoor had earlier tweeted to Mahira Khan after the latter congratulated Sonam on her wedding to Anand Ahuja.

Sonam will be making her second appearance tonight at the red carpet before heading back to Mumbai. After Cannes, Sonam Kapoor will begin promotions of her upcoming film Veere Di Wedding. It also stars Kareena Kapoor Khan, Swara Bhasker and Shikha Talsania. Directed by Shashanka Ghosh, the film is slated to release on June 1.

Also Read: Cannes 2018: An abundance of florals and a beauty game to boot, Sonam Kapoor personified elegance and how!