Nisha Rawal, who has come across as one of the fiercest contestants in Lock Upp has conducted herself with honesty. Nisha who separated from her ex-husband Karan Mehra after a series of verbal altercations and physical fights opened up on her miscarriage back in 2015. Nisha, who faced the situation alone opened up on the ordeal and why she decided to end the marriage back then. 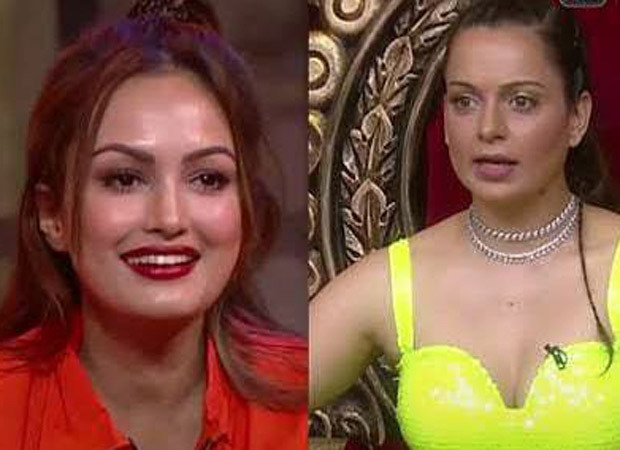 Nisha said "Back in 2015 when I miscarried my baby, I was in an emotional setback and back then I received no emotional support from my ex-husband. I was facing physical and mental abuse, and then there was an old friend of ours with whom we shared a good bond and he was not in touch with us for many years before that. But the time when I thought that I will get my therapy he stepped in and I used to feel good after meeting him and every time we met my ex-husband was aware of the same"

She furthermore added "As the time passed by, I realised that I have developed feelings for him and was attracted because I did not get it from my husband in the past. I shared each and everything with him and wanted to end the relationship as I thought things weren't working out I was promised a lot of our things but they remained mere promises. After that, I gave up on everything and became an investor in our relationship and in the marriages but it turned out to be futile"

Kangana applauded Nisha and told her that it is very humane and natural to feel that way as when people go from abusive relationships they do fall into such situations. Not only Kangana but all the inmates applauded Nisha for speaking up on the same. Not just Kangana, but all the inmates were seen lauding Nisha for her strength and courage which helped her overcome the situation.