Madhuri Dixit and Manisha Koirala were last seen starring in Lajja that was truly a film way ahead of its time. The duo’s dance number, ‘Badi Mushkil’ is still one of the grooviest tracks of all time. starring Ajay Devgn, Jackie Shroff, and Anil Kapoor, the story talks about victims of male chauvinism who decide to fight back. 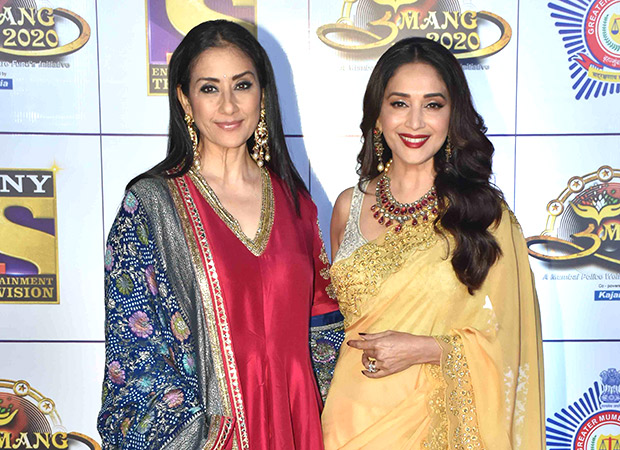 Speaking of the film, last night at the Umang 2020, Madhu Dixit and Manisha Koirala met at the red carpet of the annual awards night to honour the police force. Looking like ethnic beauties, Madhuri and Manisha posed for a few pictures. Madhuri even took to her Twitter to share a picture with her old friend with the caption, “It was lovely meeting the beautiful @mkoirala yesterday at #Umang2020. Missing our Lajja days”. Take a look at it.

It was lovely meeting the beautiful @mkoirala yesterday at #Umang2020. Missing our Lajja days???? pic.twitter.com/TetjezzpFm

How we wish these two ladies would come together for a project soon.