Netflix, the world’s leading streaming entertainment service today announced that the incredible, timeless actor Madhuri Dixit Nene as the lead actor for an upcoming series in association with Dharmatic. The series will be helmed by showrunner Sri Rao and Creatively Produced by Karan Johar. 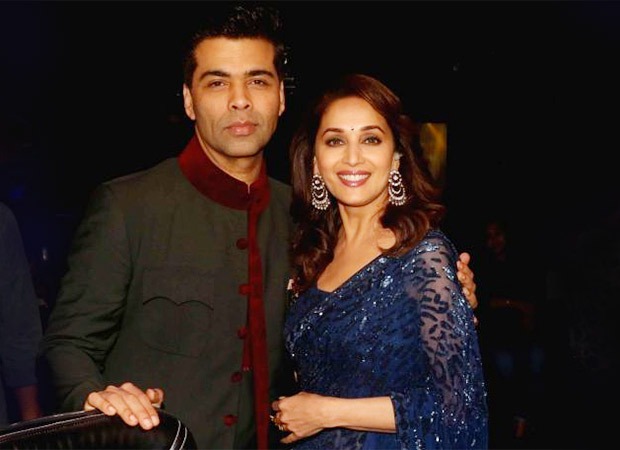 This is the superstar’s second outing with the streaming service (after her Marathi film, 15th August debuted Netflix. Dixit Nene was the Producer on 15th August). Speaking of the collaboration, Dixit Nene said, “I’ve always been a fan of Netflix, which is why I decided to make my debut as a producer with 15th August. The reach and diversity in audience that the global service provides is unparallelled. And of course, Karan and his team have been like family for me, so when I got this opportunity to play the protagonist in this series that’s produced by both Netflix and Dramatic - I was beyond excited.. This series is entertaining, riveting, and yet heartwarming.”

Creative Producer Karan Johar, whose Dharmatic has signed a long-term exclusive deal with Netflix, said of the series, “Madhuri has been one of my all-time favorite actresses, once I got to know her, I loved her even more. Dharmatic’s association with Netflix is extremely special because together, we get to tell untold stories in the way we want to. This is one such story and the confluence of Netflix, Dharmatic and Madhuri Dixit Nene will be nothing short of iconic.”

New York-based writer-director, Sri Rao, marks his entry into the world of Indian entertainment with this upcoming series. Incidentally, Sri has worked with Dixit Nene in the past, on a pilot for ABC network, which was inspired by her life as a Bollywood superstar-turned-soccer mom in suburban America.

The currently untitled series in already in advanced stages of development and will be released exclusively on Netflix.