The buzz around Aamir Khan's Laal Singh Chaddha is just right. Ever since he and co-star Kareena Kapoor Khan started shooting, several photos from the sets made their way into the internet and went viral in no time. Aamir, who is known for his commendable transformations, was earlier seen dressed as a Sardar, sporting long beard and a turban. 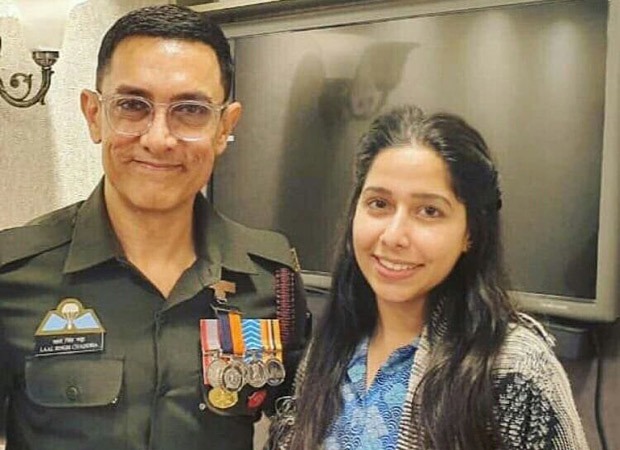 A fresh photo, wherein the actor poses on the sets, is now doing the rounds. In it, he can be seen donning a military uniform with a name badge with Laal Singh Chaddha written on it. Aamir will be seen portraying a number of phases of the protagonist's life in the film, and the uniform look is probably one of them. Not long ago, he bid adieu to the long beard, before he began a fresh schedule.