Actress  Kriti Sanon along with her sister Nupur Sanon recently took a trip to the US and Canada. The pictures they shared on their social media handles scream out sibling goals. 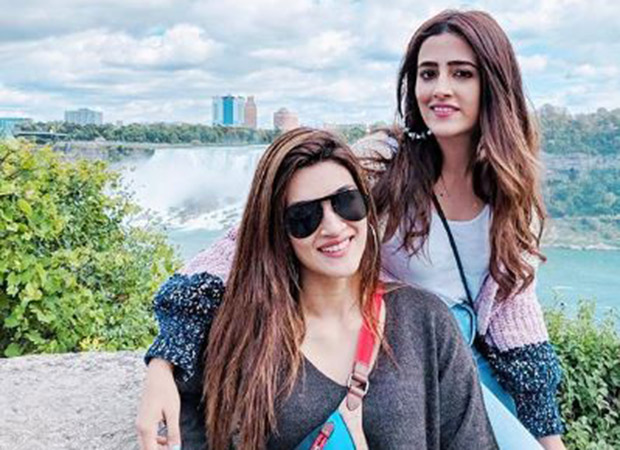 This plan of the Sanon siblings was impromptu. While talking to a media house, Nupur Sanon revealed that they had been planning a Canada trip to meet their cousins but it never materialised. It was only when Kriti had to attend a fashion week in New York recently that the two decided to club it with the Canada plan.

Meanwhile, on the work front, Kriti Sanon was last seen playing a TV journalist in the action-comedy film Arjun Patiala opposite Diljit Dosanjh. She will next be seen in the comedy film Housefull 4 which is slated to release during Diwali. The actress will also be seen in Ashutosh Gowariker’s film Panipat in which Arjun Kapoor plays the lead.

On the other hand, Nupur Sanon will soon be seen in a music video opposite Akshay Kumar.

Also Read: BREAKING: Housefull 4’s trailer to be unveiled at an EXCITING event on September 27; DETAILS inside!