Carrying the trend ahead, now that the first looks of all the men from Housefull 4 are out, it’s time for the leading ladies of the film. The first look from the ladies is that of Kriti Sanon’s who will be seen donning the avatar of Rajkumari Madhu from 1419 and London’s Kriti from 2019. Both her looks are completely different from each other and we just can’t wait to see her on-screen. 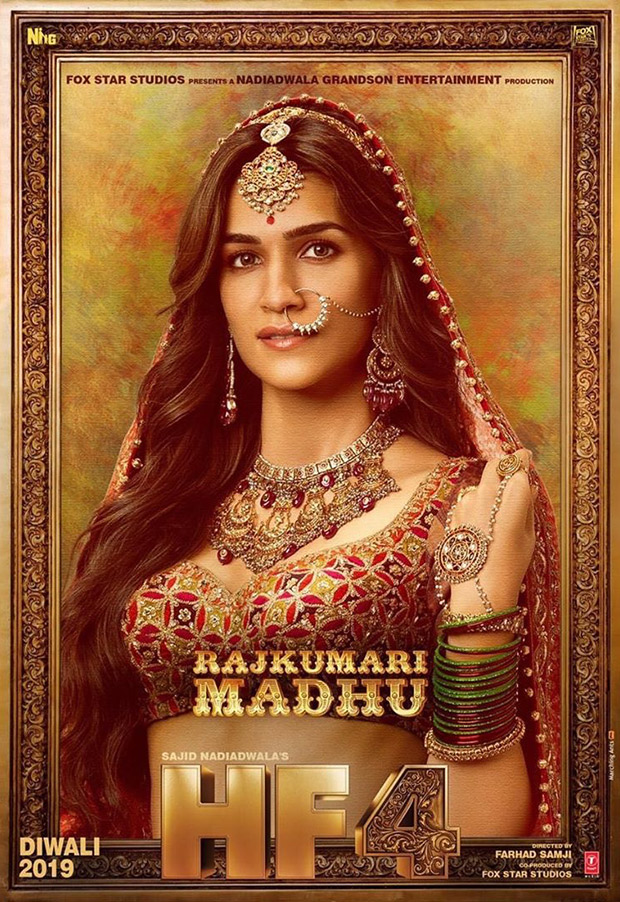 In the first look, Kriti Sanon is seen in a traditional avatar giving us major Jodhaa Akbar feels while in the second look she is seen wearing an all-denim skirt and crop-top. Sharing the first looks, Kriti uploaded the pictures with the caption, “Miliye Rajkumari Madhu aur London ki Kriti se(yes the character’s name is also Kriti ????????) !! Witness this total madness of #Housefull4. Trailer out on 27th September.” 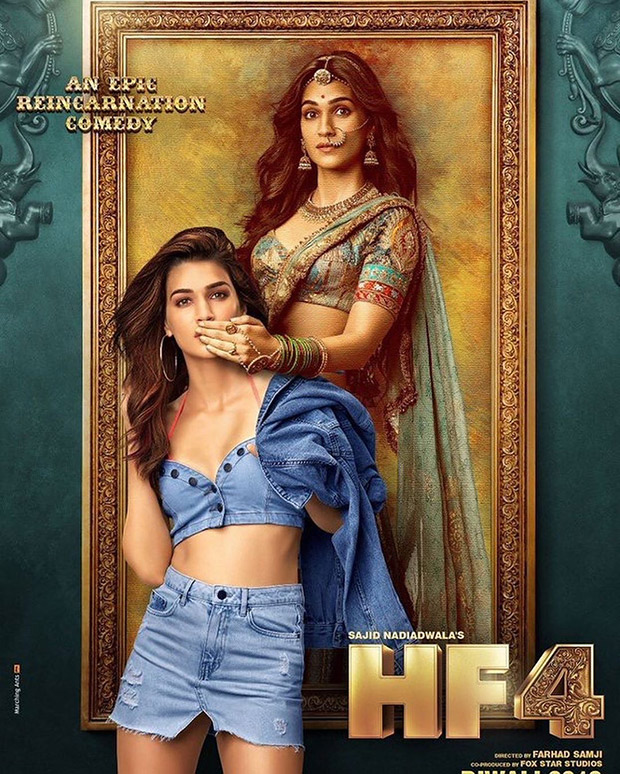 Also Read: Housefull 4: Bobby Deol to don the role of a warrior named Dharamputra and Max as they travel back in time!