Kriti Sanon has engaged us with her one-of-a-kind style game for the relentless promotions of her upcoming film, Luka Chuppi. Her partner in crime is her fashion stylist Sukriti Grover who has been helming the promotional style with a plethora of style vibes like boho-chic, sleek, slick, neo-ethnic and contemporary. 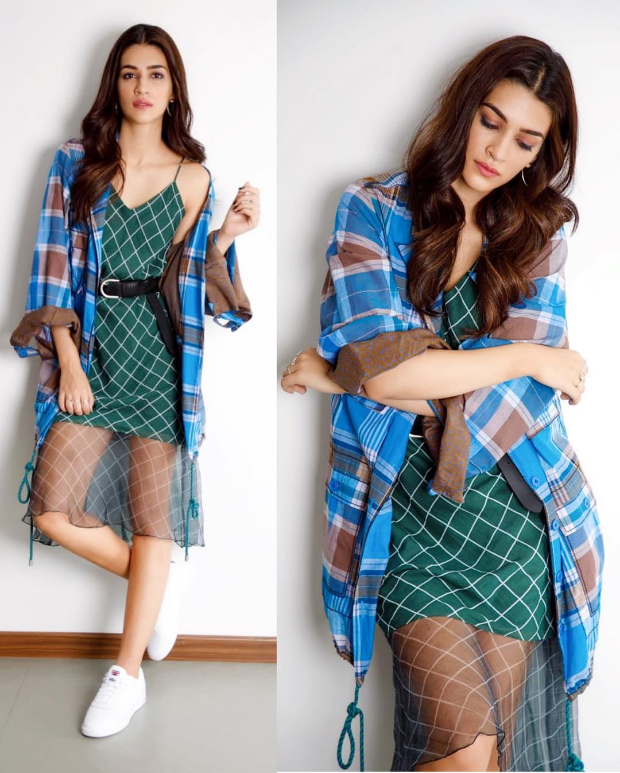 A promotional round of Luka Chuppi saw Kriti channel a free-spirited gypsy vibe. 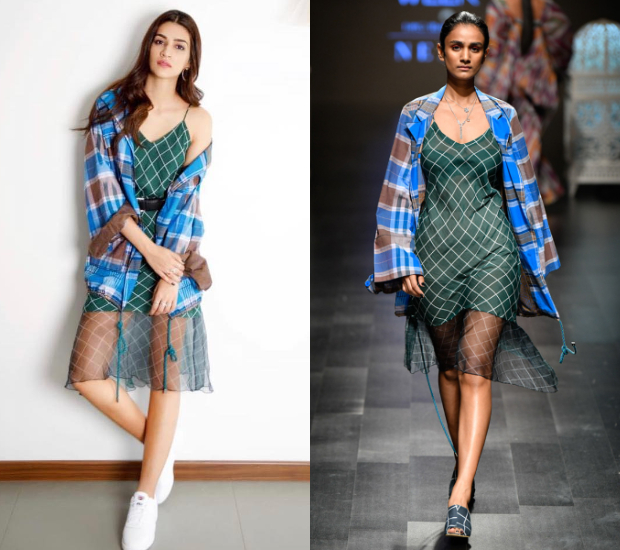 She chose the designer duo, Saaksha and Kinni’s straight off the runway look from their recently showcased collection, Nomada.

Also Read: Me Too – Kriti Sanon SPEAKS upon the impact of sexual harassment allegations on Sajid Khan and what transpired on the sets of Housefull 4 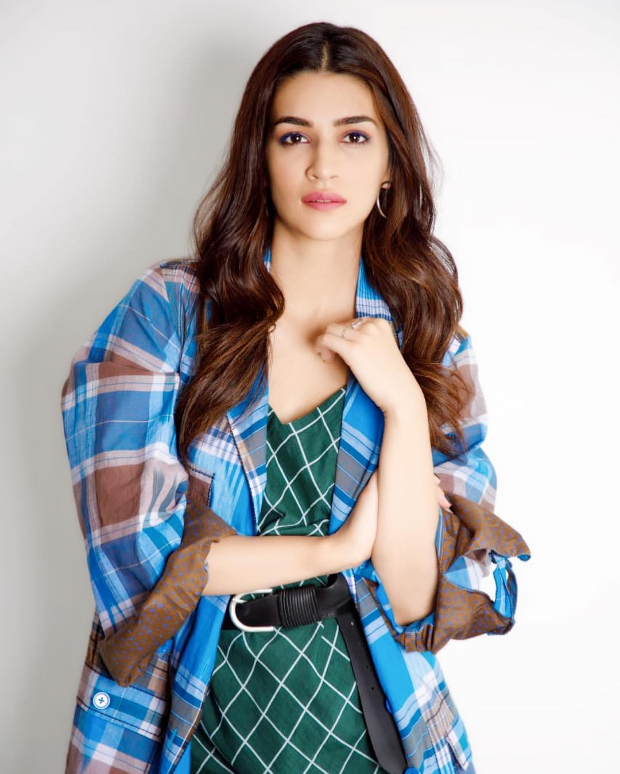 Kriti opted for checks on checks with a Saaksha and Kinni green coloured dress, priced at INR 9,500/- and an oversized jacket. 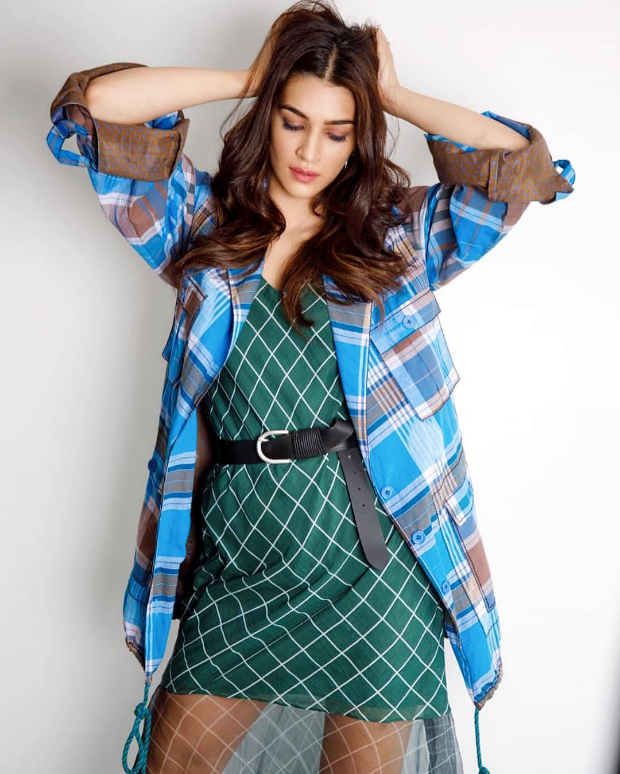 With a black belt clasped on the waist adding a sleek dimension to the look, Kriti slipped into white sneakers. 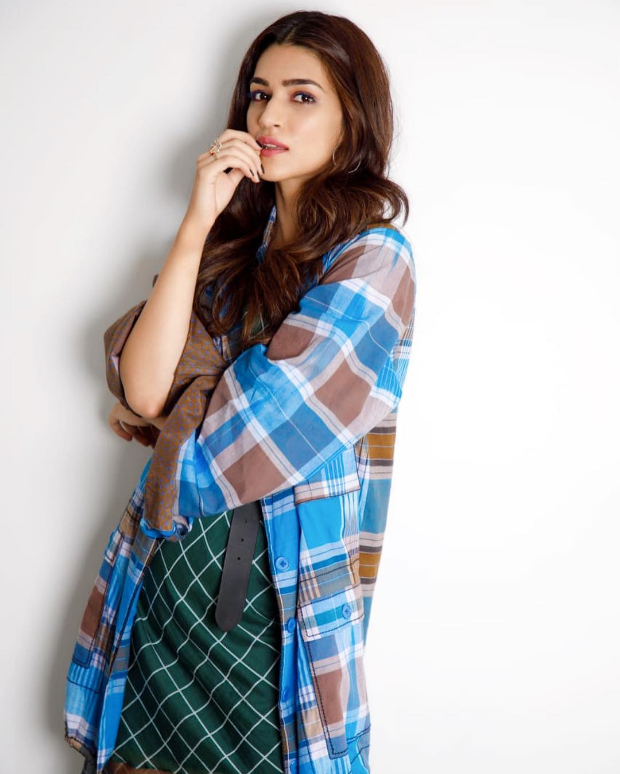 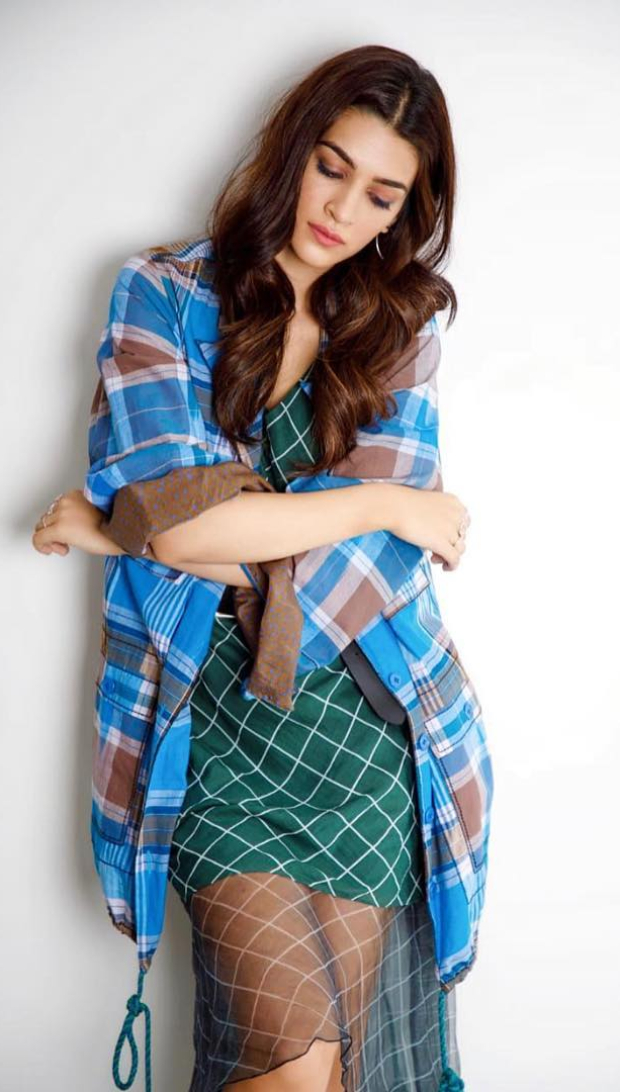 Luka Chuppi, a romantic comedy directed by Laxman Utekar and produced by Dinesh Vijan featuring Kartik Aaryan and Kriti Sanon in lead roles. It narrates the story of a television reporter in Mathura who falls in love with a headstrong woman and their ensuing live-in drama. It is scheduled for a release on March 1, 2019.