Known for her candour, Sonam Kapoor yet again set the couch on fire with her recent appearance on Koffee With Karan. Sonam, who seems to have stayed away from Bollywood during her motherhood phase, left everyone by a surprise when she revealed that her current knowledge on Bollywood is extremely limited. Moreover, she couldn’t stop trolling her brother and companion on the couch, Arjun Kapoor over his life including his recent film Ek Villain Returns. 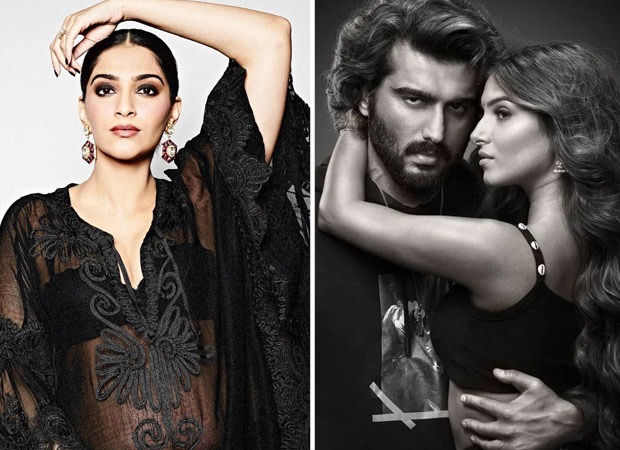 When Sonam Kapoor was asked to comment on Ek Villain Returns, the actress who sometimes doesn’t mince words, went on to describe it as a ‘thirst trap’ film. She commented, “They all look hot. That’s it right it is for Ek Villain.” When Karan Johar asks Sonam if looking hot is the only requisite for the film, Arjun interrupts adding that they should cut this portion. However, Karan insisted that this will be a part of the show. Sonam continued, “Sorry but it’s a thirst trap film.”

When Arjun said that she should at least look at one shot of the film before speaking about it, the actress went on to name the cast – “there is John, Tara, You and Disha.” When she got the seal of approval from Arjun for nailing the cast, Karan prodded further asking if she knows who is the director. “So it’s a Vishesh film” But, Arjun corrected her adding, “Its Ekta Kapoor who is the producer also. What a pain, what a mess you are Sonam. You have to f**k**g cut that. Sonam is back ladies and gentlemen – at my cost!”

When Sonam went on to ask who is directing it, she also apologized to Arjun for not knowing the director of the film. Karan Johar answers saying, “Mohit Suri is the director of the film.” When she asks if he isn’t Vishesh films, Arjun shared, “He is ex Vishesh. Now he is independent. It is an Ekta Kapoor – Balaji film.” He went on to conclude, “You just dismissed the film, Sonam. You said it is a film about hot people. I am trying to earn the respect of my audience and she just went yeah its about hot people…”

The recent Raksha Bandhan special episode of Koffee With Karan 7 turned out to be a laughter ride with Sonam Kapoor and her unfiltered comments. Arjun Kapoor too was quite candid when it came to the Rapid Fire round and seems to have won hearts with his rapid answers. Koffee With Karan 7 streams on Disney+Hotstar, every Thursday at 12am.

Also Read: Koffee With Karan 7: Did Arjun Kapoor state that Ranbir Kapoor has a drinking problem?