Koffee With Karan season 7 came to an end with last week’s episode featuring Gauri Khan, Bhavana Pandey and Maheep Kapoor. Following that, a special episode premiered on Thursday morning. The special guests were social media stars Tanmay Bhat, Kusha Kapila, Danish Sait and Niharika NM. The four of them pointed out the fact that he was indeed partial towards Janhvi Kapoor in the second episode starring Sara Ali Khan. 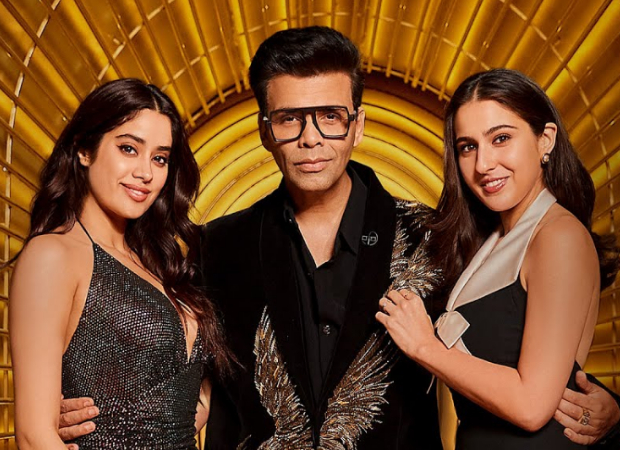 Niharika NM mentioned how Karan Johar kept calling Janhvi Kapoor ‘hot’ in the episode but grilled Sara Ali Khan for being from a broken home. “As somebody who was raised by a single parent, I would’ve cried. That poor girl was so strong,” said Danish Sait. Kusha said, “And there were comments made about who’s hotter, who’s frugal with money, who’s going to get the next Dharma project.”

Sara Ali Khan and Janhvi Kapoor appeared in the second episode of the season. Karan went on to reveal why it may have seemed like he was partial. He said that it was the first episode shot for the season and that there was a technical glitch, which resulted in Janhvi winning the hamper for the rapid-fire round. But, when he was informed about the glitch, it was revealed that it was Sara who had won it. He said that he was trying to overcompensate by praising Janhvi. While there was a mistake that happened, it didn’t air during the episode. He said, “I love Sara, she’s also working with us—two feature films. We started our season shooting the Sara-Janhvi episode. He revealed there was a technical error after the rapid-fire round which showed Janhvi as the winner. Janhvi was so happy, and five minutes later we had to say it was a mistake. I felt so guilty that I started calling her hot, and that entire part was cut, and it came across that I was just being partial.”

Meanwhile, Janhvi Kapoor will next star in Mr and Mrs. Mahi and Bawaal. On the other hand, Sara Ali Khan will be starring in Gaslight and Laxman Utekar’s next.

ALSO READ: Koffee With Karan 7: Karan Johar admits even Alia Bhatt has asked to stop mentioning her on the show: “You can never take my name ever again”