The sixth season of Karan Johar's popular chat show Koffee With Karan has seen many interesting guests on the show. From Alia Bhatt - Deepika Padukone to Team Baahubali with Prabhas, Rana Daggubati and SS Rajamouli, it has been eventful episodes till now. As many actors like Sara Ali Khan, Janhvi Kapoor, Vicky Kaushal and Ayushmann Khurrana have made their coffee debut this season, joining the long list of these actors are none other than Luka Chuppi pair Kriti Sanon and Kartik Aaryan. 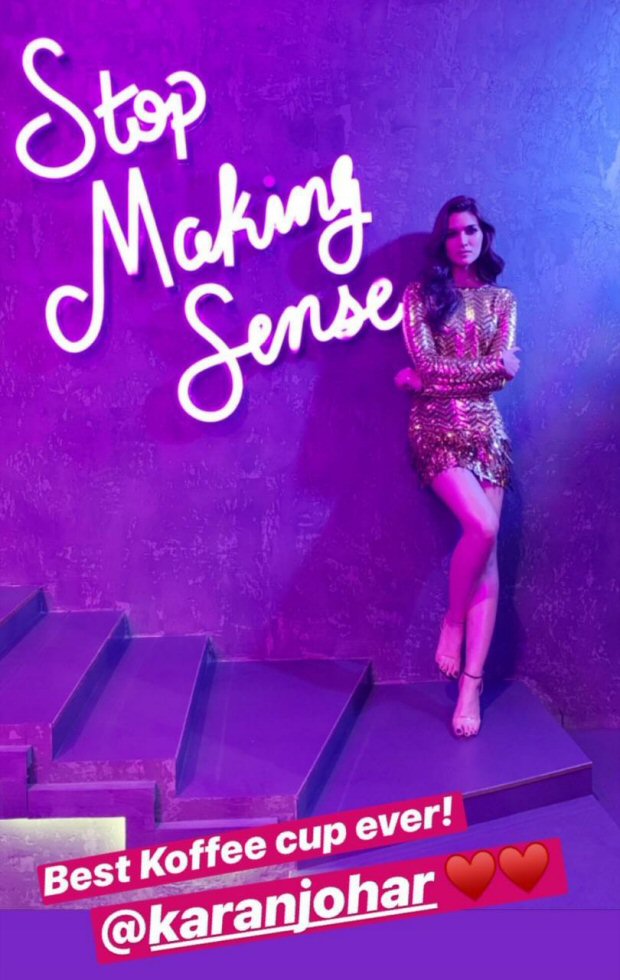 Sharing her excitement on her Instagram story, Kriti Sanon was posing at the Koffee With Karan set with the logo "Stop Making Sense.' She captioned the image, 'Finallyyyy Koffee With Karan, Best Koffee Cup ever!". We also came across a picture of Kartik Aaryan who was posing on the KWK 6 set with a fancy jacket on as he wished the fans Merry Christmas. He hinted, "Merry Christmas everyone ❤️❤️ Santa has a surprise for you ???????? - Somethings brewing ☕️." 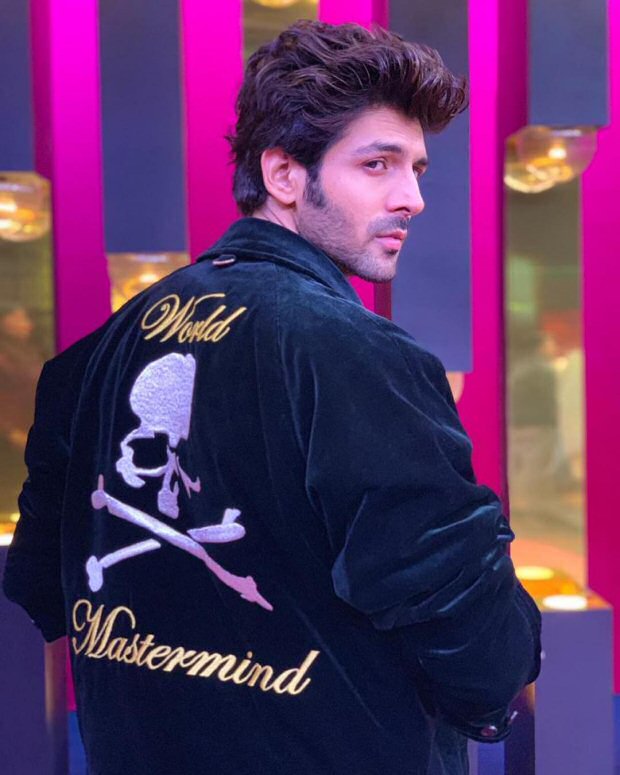 Karan Johar finally uploaded the picture with the duo and captioned it," The  3 K's in the house." But, the pictures are surely giving us hopes. The next episode will see Karan chat with Kapoor siblings – Sonam Kapoor, Harshvardhan Kapoor, Rhea Kapoor. 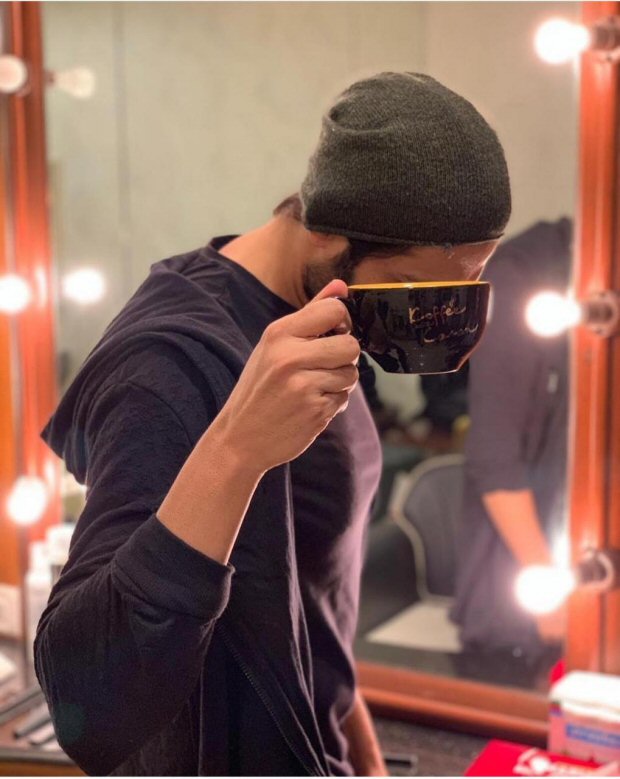 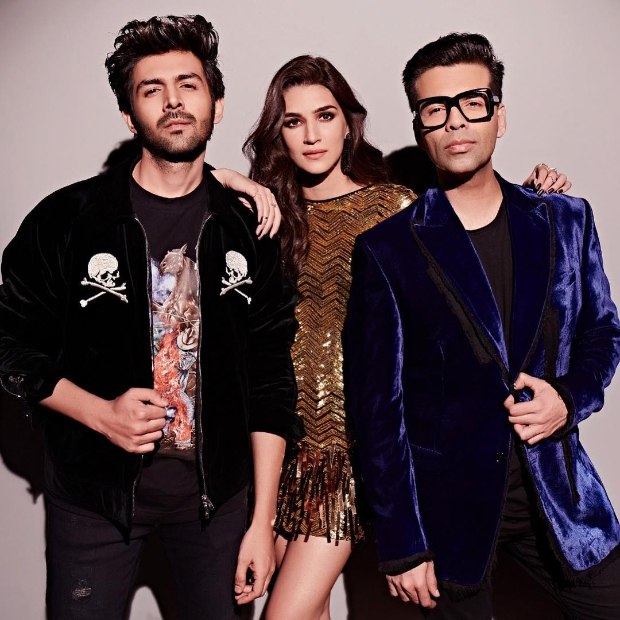 Malaika Arora gives lesson on how to make…