Karan Johar just shot with his tooodles gang Malaika Arora and Kirron Kher but not for India's Got Talent. He finished shooting an episode for Koffee With Karan with them and well he couldn't help but ROAST them even on his show. He shared a funny BTS video of the ladies where he is seen calling Malaika Arora a Christmas tree and asked Kirron why she was not wearing anything red carpet friendly! There also is an empty space on the couch beside Malaika which again opens up to endless possibilities. Malaika has been a regular on KWK. If not as a guest but as a judge or just as a surprise package for one of the segments. Just like her, beau Arjun Kapoor too has been a permanent fixture on the couch. He came with his sister Janhvi Kapoor this time and announced he's not single and is open to marriage. Will he join Malaika on couch this time too? Well, only time will tell! 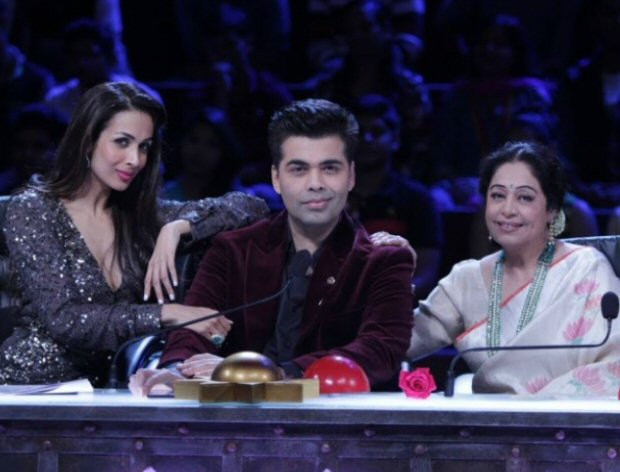 Karan has already shot for the finale with none other that Kareena Kapoor Khan and Priyanka Chopra. Other guests to be seen on coveted couch are Kartik Aaryan and Kriti Sanon. In next episode we will see the Kapoor siblings bringing the house down!