Akshay Kumar and Ranveer Singh came together for Koffee With Karan 6 wherein we first got a glimpse of their off screen camaraderie. And once again we had the two superstars discussing about being husbands on stage and this time it was for an award function. Akshay Kumar invited Ranveer Singh on stage when the former was felicitated at the HT Stylish Awards 2019 because he wanted to discuss marriage with the newlywed. But it ended up with Ranveer giving an interesting piece of advice to all millennial husbands! 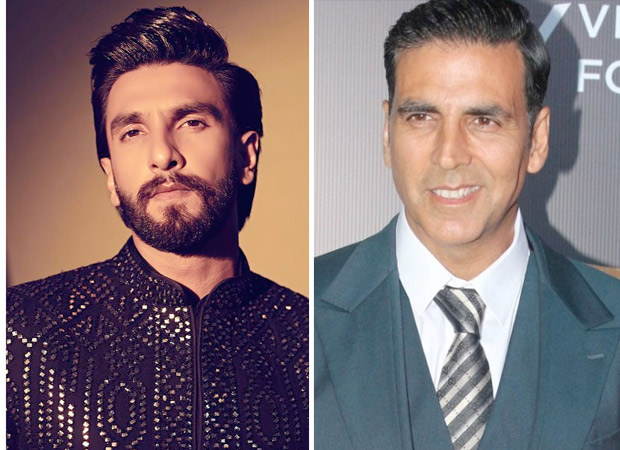 Akshay Kumar called Ranveer Singh on stage to discuss marriage when the first question that Singh was asked was how long he has been married. When he replied five months, Akshay asked him to describe marriage and Ranveer couldn’t stop appreciating the institution. Fan clubs of both the actors couldn’t stop themselves from giving us a glimpse of their fun banter on social media:

Ranveer Singh has always shown his love towards the institution. Furthermore he has also set several marriage goals as he showers his love and appreciation towards his wife Deepika Padukone not only at public appearances but even on her social media posts. Fans of the duo are more than happy to see the sizzling chemistry of the two actors even off screen!

On the other hand, Akshay Kumar and Twinkle Khanna too have set their own set of marriage goals, albeit with a dash of humour. After all they are the couple with a ‘funnybone’.

Speaking of work, Akshay Kumar will kick off his cop drama Sooryavanshi alongside Katrina Kaif which is also expected to feature a cameo of Simmba, Ranveer Singh.