Akshay Kumar and Kiara Advani will be seen starring in the Hindi remake of the classic Tamil movie, Kanchana, which was a super hit and is the second instalment of the Muni franchise, a Telugu hit. The movie is now being made in Hindi starring Akshay Kumar and Kiara Advani in lead roles. the title of the film will be Laaxmi Bomb and is being directed by Raghav Lawrence, who has directed all the 4 movies of the franchise. He has also played crucial roles in all the 4 films and has been keeping his fans updated on social media from the sets. 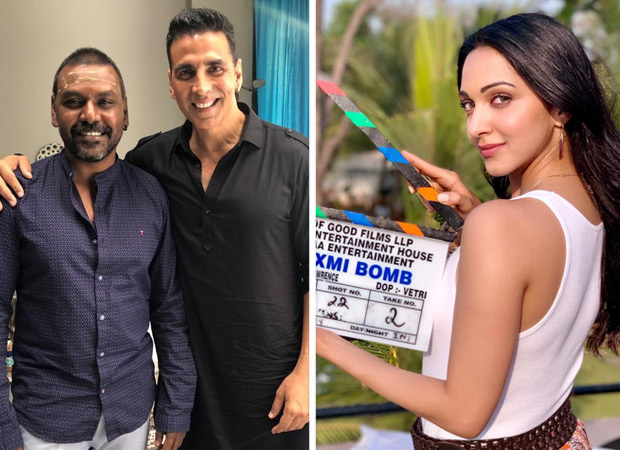 The shooting has begun and both Lawrence and Kiara took to their social media to announce the news to the fans. The anticipation for the film is already very high as it is one of the most well-known and hit franchises from the south film industry. The movie is also said to have Amitabh Bachchan starring in a pivotal role and will be said to play the role of a transgender, originally played by Sarathkumar. Take a look at the pictures they shared from the sets.

Apart from Laaxmi Bomb, Akshay Kumar and Kiara Advani will be seen in Good News starring opposite Kareena Kapoor Khan and Diljit Dosanjh, respectively. The release date of the film was recently postponed from September 6 to December 27 and the news was announced by the star cast as well as their producer Karan Johar.

Also Read: Did Akshay Kumar kick off the shoot of Kanchana remake with this song?