Khatron Ke Khiladi 11 was shot in Cape Town earlier this year in May. The show had a shooting schedule of 45 days and we saw that the contestants got along really well with each other. We witnessed various old as well as new friendships forging on the sets. One among them was Anushka Sen and Varun Sood. Both of them share a really great bond and Anushka calls him an elder brother. 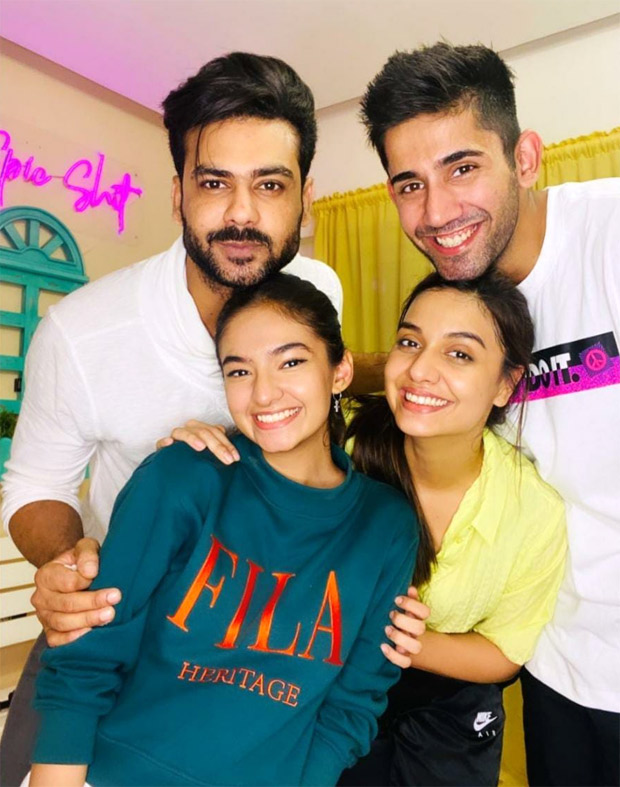 Recently, both the Khatron Ke Khiladi stars Varun and Anushka had a reunion. They both met at Varun's home where her girlfriend Divya Agarwal was also present. They were seen chilling around with Divya and also had a great time together. The actors were also seen bonding over the soccer game.

As they were enjoying each other’s company, Divya Agarwal took to her Instagram and shared videos on her stories.  In one of the videos, Divya can be seen saying, "I had one kid, now I've two". In another video, Varun was seen pulling Anushka's leg, Divya stabbed him in the stomach with an artificial knife and he acted like he got hurt and then all of them busted into great laughter.

Apart from Varun, the reunion also had Anushka's other brother Vishal Aditya Singh present. They were also seen trying some cool Instagram filters and having fun.