The third installment of Aashiqui franchise starring Kartik Aaryan in the lead role, that is, Aashiqui 3, was announced earlier this year. Directed by Anurag Basu and produced by Bhushan Kumar, the film is stirring a lot of anticipation about its making. And now, the dynamic trio of the actor, producer and director met at T-Series office to discuss the way-forward plans. 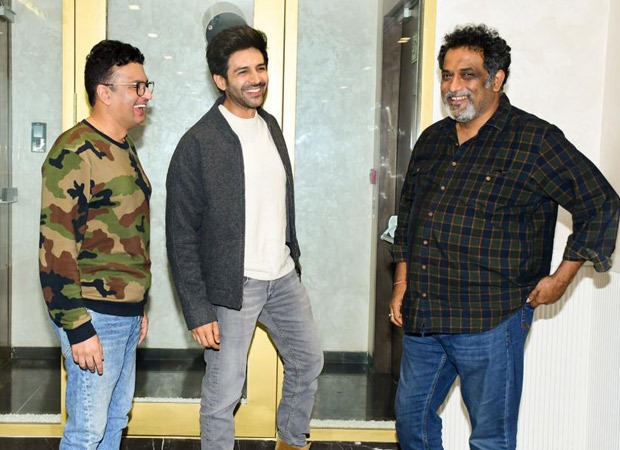 Ever since the film was announced, the fans couldn't help but wait for more insights. Well, the wait might finally be over very soon. While Kartik Aaryan and T-Series have had quite a journey together, this will be the actor's first film with Anurag Basu as well as his first association with the romantic drama franchise. While the Aashiqui franchise started in 1990 with its first musical, the second instalment, Aashiqui 2 released in 2013.

Interestingly, this is also the first time that Anurag Basu is being associated with the romantic drama franchise. While the first film that hit the big screens in 1990 was directed by Mahesh Bhatt, the second one was directed by Mohit Suri. The 1990 romance drama featured Rahul Roy and Anu Aggarwal as the leads, who play the role of struggling singers. The 2013 film had Aditya Roy Kapur and Shraddha Kapoor as singers, where the actor plays a raging alcoholic singer inching towards his downfall whereas Kapoor, who starts her career as his singing protégé, becomes a musical sensation.

It is yet to be seen what Aashiqui 3 has in store for music lovers. Although there have been many rumours about the actress who will playing Kartik’s love interest, the makers are yet to make an announcement about the leading lady of the film.