Readers would be aware that Kajol and Karan Johar are old friends and their friendship existed way before they came together for the first time in DDLJ aka Dilwale Dulhania Le Jayenge. At the start of his career, the filmmaker featured Kajol as his leading lady in two of his biggest hits, Kuch Kuch Hota Hai and K3G aka Kabhi Khushi Kabhie Gham. After coming together on Koffee With Karan during several seasons, the fun duo is back for a commercial. What’s more interesting is to see Kajol troll Karan Johar on his obsession with star kids. 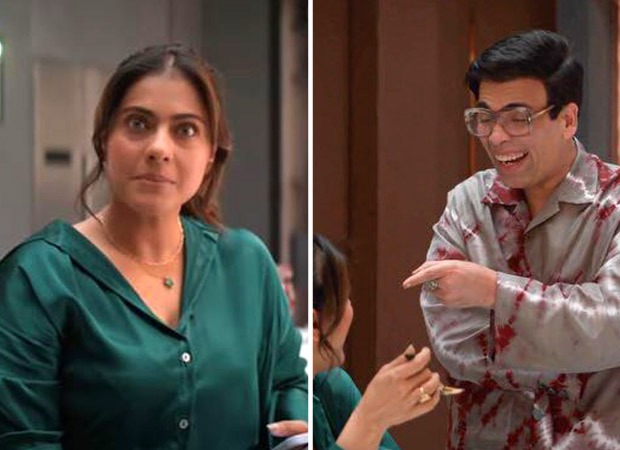 Kajol takes a dig at Karan Johar about nepotism in this commercial; KJO reacts

For the unversed, Karan Johar has provided a launching pad for many star kids including Alia Bhatt, Varun Dhawan, Ananya Panday, Shanaya Kapoor, Janhvi Kapoor, Ishaan Khatter, among others. The latest commercial of the soup brand Knorr starts off with Karan Johar asking Kajol if she wants to drink soup. And Kajol in her quintessential style asks him, “Star kids ke bina bana loge” (Can you make it without star kids). Pat comes the witty filmmaker’s response, “Tum bhi toh star kid ho (you are also a star kid).” Later when he makes the soup and serves her, a thrilled Kajol is seen saying, “Filmein bhi aise hi bana lena, bina star kids ke (make films also in a similar way, albeit, without the star kids)”. Karan Johar is seen upset with the comment and the commercial ends.

Many of the fans of the duo took to social media to drop their ‘laughing’ emojis as they loved the fun banter between Kajol and Karan Johar. One of the social media users dropped a comment calling it, ‘Self troll’, whereas yet another user appreciated the filmmaker’s spirit to take a joke on himself, adding, “When you can make fun of yourself you evolve to be much stronger”. One of the fans coined the term, ‘Troll-astra’ after looking at the commercial.