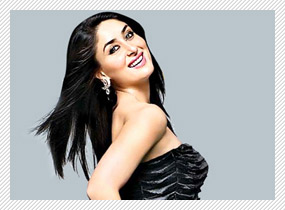 Every director who has worked with the camera-friendly Kareena Kapoor knows she is a slip-in-slip-out actress who doesn't believe in preparing for her characters.


That is about to change. For the first time in her career, Kareena Kapoor would be following an elaborate preparation plan for Prakash Jha's Satyagraha.


Most of our actresses are not well-informed on current political trends. That's about to change. Kareena Kapoor will have to get into her journalist-activist's character's mind for Satyagraha. Playing a character modeled on CNN's super-scribe Christiane Amanpour is not going to be a cakewalk for Kareena Kapoor.


Prakash Jha, we hear, has worked out a grueling regime for Kareena which includes "getting into the mind" of the activist-journalist.


Says a source close to the project, "Kareena would have to become thoroughly familiar with present day political affairs. And that doesn't mean just newspaper headlines. Prakash wants her to become sensitized to India's contemporary politics. Her character is a fiercely militant investigative journalist. For her to look credible Parkash feels the words about present day politics and politicians should not come from the script. They should flow naturally from the actress' sensitivities as an Indian."


Apparently Kareena's preparation for the part would include going through the rigorous research material that Prakash Jha has accumulated for Kareena's character.


Says our source, "Kareena would be addressing issues that go far behind contemporary politics. She requires to project the inner political conviction and ideological strength of Shabana Azmi. For this Kareena would have to change her working method. She normally gets familiar with her lines just before a shot. For Satayrgaha she would have to spend time understanding the genesis of her character's thought process before being able to express it properly."