If not for Instagram, we would not come to know about Kareena Kapoor Khan's mischevious side ever! Ever since she debuted on the platform, Kareena seems to have great fun sharing snippets of her life, and at times, she would just goof around. For example, this one. 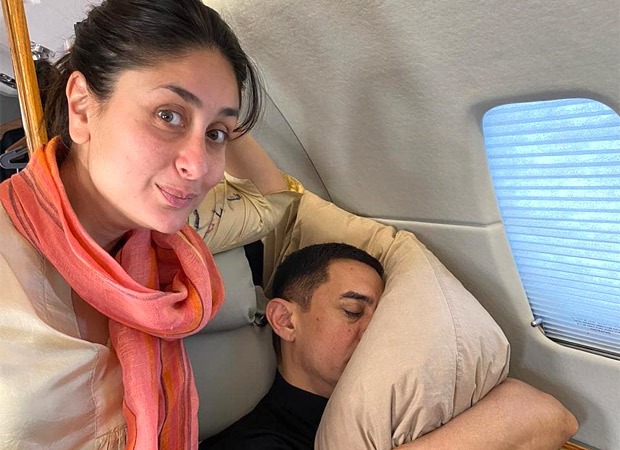 Kareena and her Laal Singh Chaddha co-star Aamir Khan are presently shooting in Amritsar. Aamir must have caught a quick nap in between a hectic day and Kareena decided to take a selfieof she and her sleeping co-star! The photo has Aamir leaning on the window on a pillow while Kareena grins at the camera. "My fav co-star has to be @_aamirkhan's... pillow! ," she wrote. LOL!

Aamir also celebrates his 55th birthday today, but is having a working one as he did not want to take a break. Last year, on this day, he had announced Laal Singh Chaddha, which happens to be the Hindi remake of Tom Hanks' cult film Forrest Gump.

Also Read: Kareena Kapoor Khan is a fan of slow motion videos, we have proof