Kareena Kapoor Khan is all set and raring to go with her career. She set an amazing example by working through her pregnancy and immediately returning to the sets soon after that. She hit the gym soon after Taimur was born and has been giving us fitness goals since. Now, the actress will be seen in Takht and Good News. She has also dabbled in anchoring with her new radio show What Women Want. The latest celebrity to come to her show was her sister-in-law Soha Ali Khan. Kareena and Soha were seen discussing parenthood, especially celebrity parenthood. The two mothers connected over their kids and how they get papped almost everywhere. They also spoke about the need to give their kids a very normal childhood and they also accepted the challenges they face while doing the same. 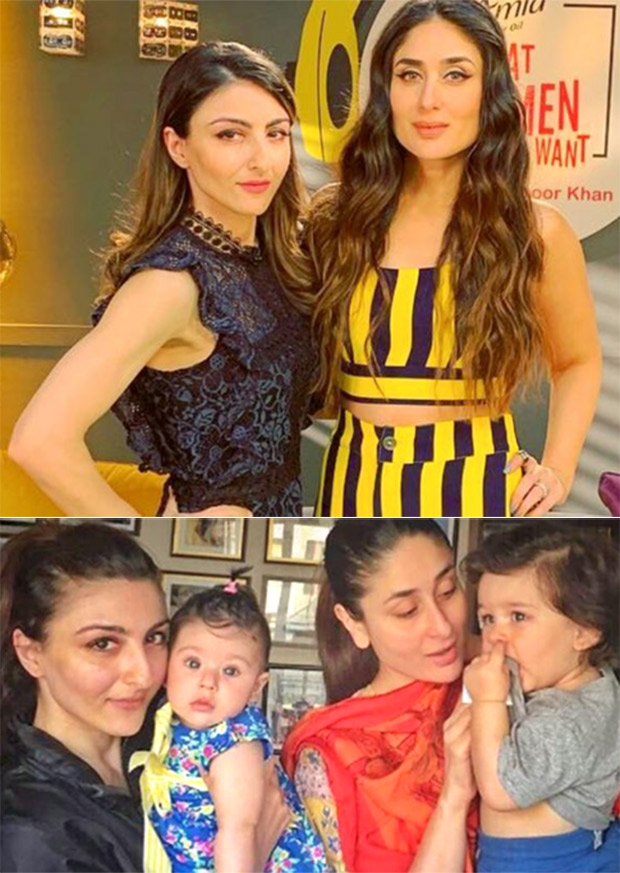 Soha revealed to Kareena that sometimes her husband and actor Kunal Kemmu gets a little annoyed with her for giving her baby too much attention and celebrating everything she does. She said that Kunal feels that need to sometimes withdraw and let Inaaya do her own thing without necessarily getting constant validation from her parents. Kareena said that Saif is the same. Apparently, the Nawab scolds Kareena for indulging Taimur a lot with constant attention as he feels that he should know how to entertain himself. Saif advocates letting Taimur be and do his own thing because it will be dangerous for him after he grows up with a need for constant attention.

Kareena revealed that Saif sometimes tends to ignore work to be with his child. Taimur gets to frequent his parents’ movie sets. Yesterday too he was snapped at his Sacred Games 2 outdoor shoot.