Kapil Sharma has returned on the small screen with The Kapil Sharma Show and the TRP charts claim that he has regained his spot as an ultimate family entertainer. The celebrities have returned to the show to promote their films. The latest celebs to come on the show were the cast of Ek Ladki Ko Dekha Toh Aisa Laga. Amidst his busy shooting schedule, Kapil attended one event on the occasion of Republic Day at a school. He hoisted flag on Republic Day and also signed some autographs. He along with his new wife Ginni Chatrath visited Dalhousie Public School, Badhani, Punjab. Though he tasted success, he never forgot his roots. Kapil got married in a traditional style in Punjab and he kept the theme of his wedding very folksy. Moving on, he had organised a musical night at his place recently which was attended by singers like Mika Singh. Looks like Kapil now wants to give back to the society and therefore has been making more public appearances lately. 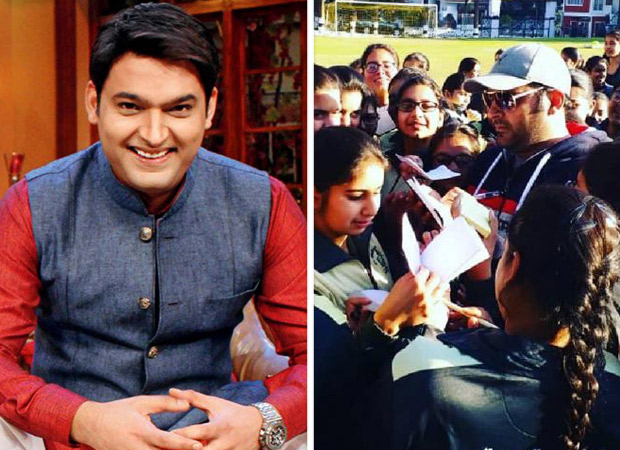 Kapil Sharma took to social media to write, “Celebrating Republic Day with the lovely kids of Dalhousie Public School, Badhani, Punjab...” For the uninitiated, Kapil was on a yearlong break to recuperate from alcoholism and depression. He got engaged while facing the most challenging time in his life and told media that his partner was always with him, never leaving his side. This is what made him marry Ginni, who was his classmate in college back in Punjab.

After a wedding ceremony and two receptions, both in Punjab and Mumbai, he is slated to host one reception in Delhi.

Also Read: Kapil Sharma has REFORMED, does not keep celebrities waiting thanks to THIS person