Sara Ali Khan is currently promoting her upcoming film Love Aaj Kal in which she is starring alongside Kartik Aaryan. Amid promotions, she reached the sets of What Women Want being hosted by Kareena Kapoor Khan. This afternoon, Kareena filmed a couple of episodes as her radio show reaches its finale. The second season has seen many guests and this is the first time Kareena and Sara have come together. 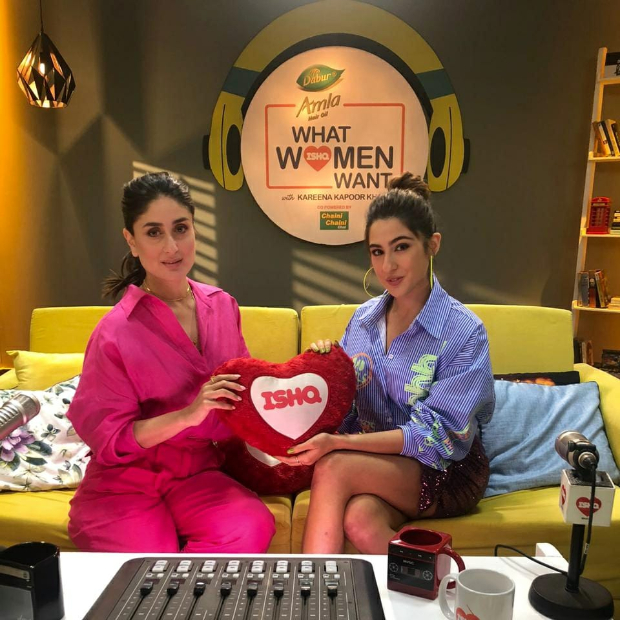 Sara Ali Khan shares a great rapport with Kareena Kapoor Khan who is married to her father Saif Ali Khan. The actress has expressed several times that they have been cordial with each other. Though they often meet during family get-togethers, this is the first time, Sara and Kareena have come together on a public platform to share a conversation. A fan, family, friend and now a guest, Sara Ali Khan adds another exciting relationship with Kareena Kapoor Khan. Sara Ali Khan chose a blingy skirt and teamed it up with a shirt. Tied up hair and hoop earrings rounded her look. Kareena looked gorgeous in a head-to-toe pink outfit.

Meanwhile, Sara's film Love Aaj Kal is arriving on Valentine's Day followed by Coolie No 1 release which is scheduled for May 1, 2020. Kareena Kapoor Khan has Angrezi Medium and Laal Singh Chaddha releasing this year.