Karan Johar has been a part of the industry since a very young age. On Saturday, the filmmaker shared some old unseen pictures with some of his industry colleagues including Shah Rukh Khan and Akshay Kumar. 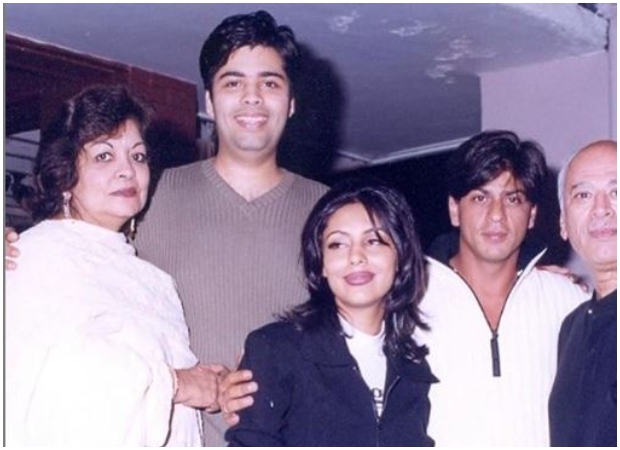 He shared three images. In the first image, he can be seen posing along with his mother Hiroo Johar, father Yash Johar and Shah Rukh Khan and wife Gauri Khan. In the second picture, he is caught in a candid moment with Akshay Kumar. In the third picture, Karan Johar is getting a head massage from Uday Chopra on what looks like a film set.

With everyone sitting at home during the lockdown, celebrities have started posting all old pictures and getting the fans nostalgic.

Meanwhile, Karan Johar has been spending the lockdown with his twins and his mother. The filmmaker has been entertaining all with his social media series 'LockdownWithJohars' where he shares clips of his conversation with Roohi and Yash.