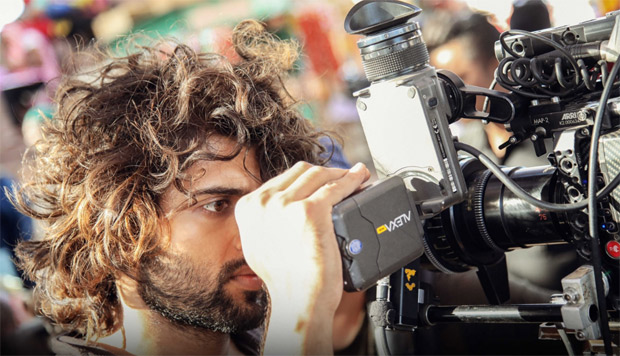 “An exclusive glance of the world of #Liger behind the camera! #LigerFirstGlimpse on DEC 31st @ 10:03AM,” said Karan Johar's tweet. While Vijay Deverakonda is seen looking into the lens in one photo, he is also seen alongside Liger director Puri Jagannadh in the other. The two artists appeared to be deep in conversation with Deverakonda apparently taking notes.

Mike Tyson, the boxing champion, will also make a surprise appearance in Liger. Ananya and Vijay have previously uploaded photos of Tyson on their social media accounts.

Also Read: Karan Johar praises Kabir Khan’s 83 – “Ranveer Singh takes on the role of Kapil Dev and smashes it out of the stadium”