Salman Khan has romanced many actresses over the years but the actor has never kissed onscreen. A couple of years ago, he had admitted that he felt awkward about it. Now, it has been several years and people still wonder whether he will kiss onscreen at all. However, Salman Khan's brother Arbaaz Khan has funny reasons as to why Salman does not like kissing on screen. 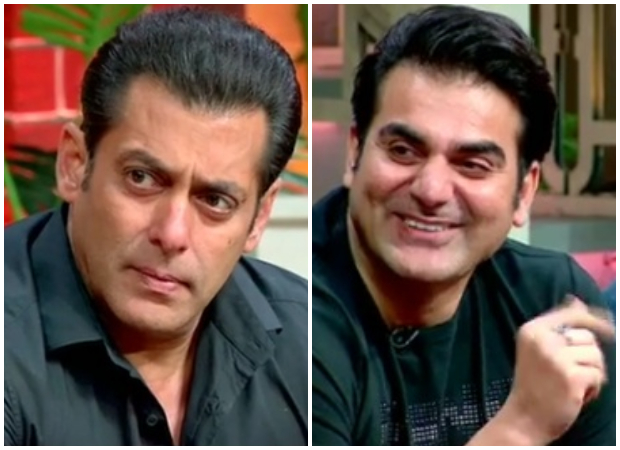 Recently, Salman Khan and brothers Arbaaz Khan and Sohail Khan visited the sets of Kapil Sharma's comeback show, The Kapil Sharma Show where they made some interesting revelations. In one of the promos, Salman can be heard saying, “Dekho kiss toh main karta nahi screen pe toh koi farak padta nai (See, I don’t kiss anyone on screen so it doesn’t matter to me)."

To which, Arbaaz quipped, “Woh itna kar lete hain off-screen ki on-screen zaroorat hi nahi padti (He does it so often off-screen that he doesn’t need to do it on-screen)." The audience and Salman himself was left in splits.

On the work front, Salman Khan will soon resume shooting for Ali Abbas Zafar’s Bharat which stars Katrina Kaif in the lead. The film is on its last schedule and will release this Eid.

Also Read: When Salman Khan got hit by a bamboo and beat up fans outside his building (watch video)