After a five day wedding in Punjab and two receptions, Kapil Sharma and Ginni Chatrath hosted another reception recently in the capital. The Delhi Reception too was undoubtedly a star studded event and saw hosts of film stars and celebrities. From Sohail Khan to Vatsal Seth to singer Mika Singh, the wedding party looked like a gala event, filled with music, dance and food in abundance. 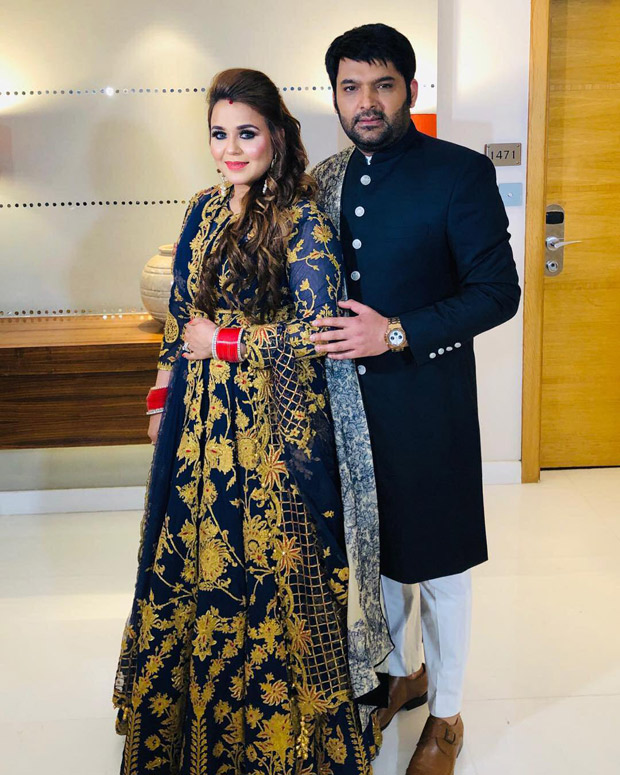 We got a glimpse of this Delhi wedding reception of Kapil Sharma and Ginni Chatrath on social media. From fans to celebs, many took to Instagram to share pictures and videos from the bash. While Kapil only posted a frame worthy picture of him and Ginni revealing their looks for the night, actors like Vatsal Seth posted pictures of the ceremony. 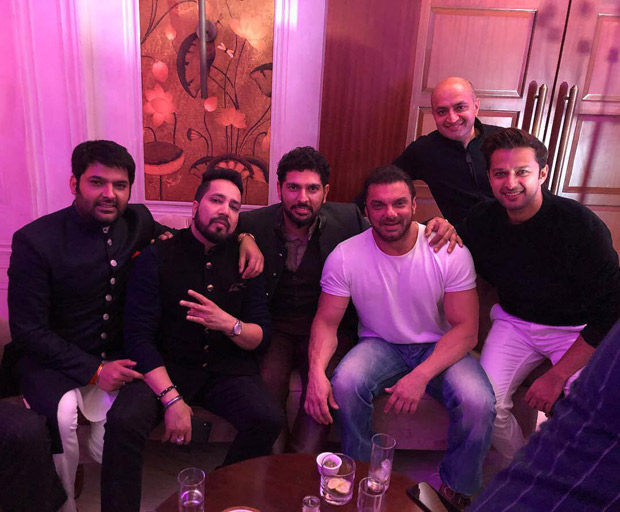 From Kapil Sharma dedicating a song to Ginni, to Mika Singh performing live, the reception turned out to be a musical event. Not to forget the drum jugalbandi that Mika had with Kapil. It is a known fact that the comedian too is quite fond of music and has often sung a few lines once in a while during his show and has received appreciation for it.

Kapil Sharma and Ginni Chatrath tied the knot in December second week, in a big fat Indian wedding style in Punjab. From Maata Ka Jaagran to Mehendi to Sangeet, the couple enjoyed many such traditional ceremonies that was held in Jalandhar. While they tied the knot on December 12, a reception was planned in Amritsar in the same week for friends and relatives. Furthermore, another reception was hosted in Mumbai for the film fraternity in the end of December.

On the work front, Kapil Sharma has kicked off the second season of The Kapil Sharma Show, which is currently receiving positive feedback.

Also Read: Inside Kapil Sharma and Ginni Chatrath’s wedding: The comedian and his wife pose in Proper Punjabi style