Arbaaz Khan's chat show Pinch that revolves around a unique concept wherein Bollywood celebrities open up about their social media interactions has been making headlines. The first season started with Kareena Kapoor Khan speaking about not having an official account and about her son Taimur Ali Khan followed by Karan Johar and Sonakshi Sinha and now the makers have released another interesting episode featuring comedy king Kapil Sharma. 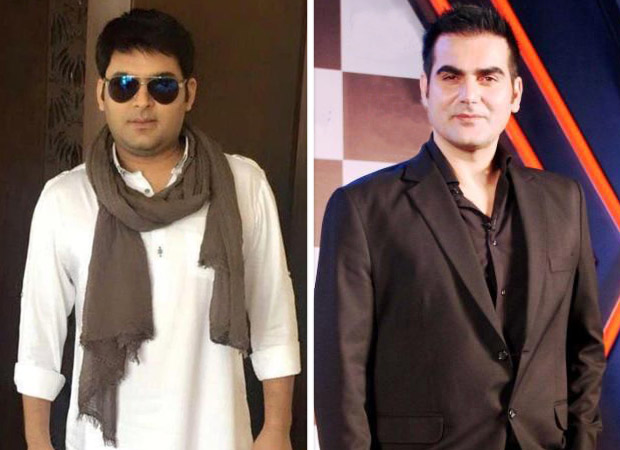 During his interaction with the host Arbaaz Khan, Kapil Sharma opened up about a lot of his social media controversies, his personal experience and how he faced backlash for things he never committed. Further Arbaaz Khan asked Kapil to read out a few comments and share with the audience how he reacts to all of it. While reading out people's nasty comments, Kapil came across a few of them that trolled him for going in depression.

Kapil said, "Accha itna meri Maa nahi jaanti mere baare jitna yeh log jaante hai." (Even my mother is not aware of all these things about me as compared to what these people know).

He added, "So my only message to everyone is, Bhai we are doing our work, even our life is like your life and there are ups and downs but I never go and tweet to anyone asking them 'what are you doing'. Yes, it's okay if you love me, then write good things about me, but you should even focus on your work. My bread and butter, my earning are on but you look at your business, you are wasting your time and energy in commenting things about me, it shows how successful you are in your life. But still it's okay, thank you,” he concluded.

Produced by QuPlay, Quick Heal Pinch is expected to feature 10 episodes of and is streamed online once a week. The show is written and directed by Abbiy Obheroii. Other celebrities who will be a part of the chat show include Sonam Kapoor, Nawazuddin Siddiqui, Sunny Leone to name a few.

Also Read: Kapil Sharma wants to BLOCK Ali Asgar and he reveals the reason behind it on Arbaaz Khan’s chat show