Comedian Vir Das has landed into another controversy after his video  "I come from two Indias" went viral. The video has been subjected to criticism from a section of people on social media. Actor Kangana Ranaut, too, has slammed Vir Das and termed his video as ‘criminal’. 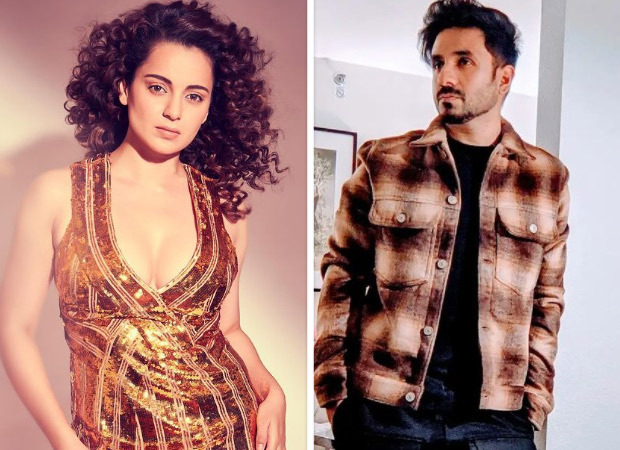 Kangana Ranaut who is very vocal about multiple issues has come forward and expressed her views on the issue through her Instagram handle. In her story, she wrote a long message. Her note read, “When you generalise all Indian men as gang-rapists it gives rise and encouragement to racism and bullying against Indians all over the world...after Bengal Famine Churchill famously said, ‘These Indians breed like rabbits they are bound to die like this...’ he blamed Indians’ sex drive/fertility for the death of millions because of hunger... Such creative work targeting an entire race is soft terrorism... strict actions must be taken against such criminals @virdas.” 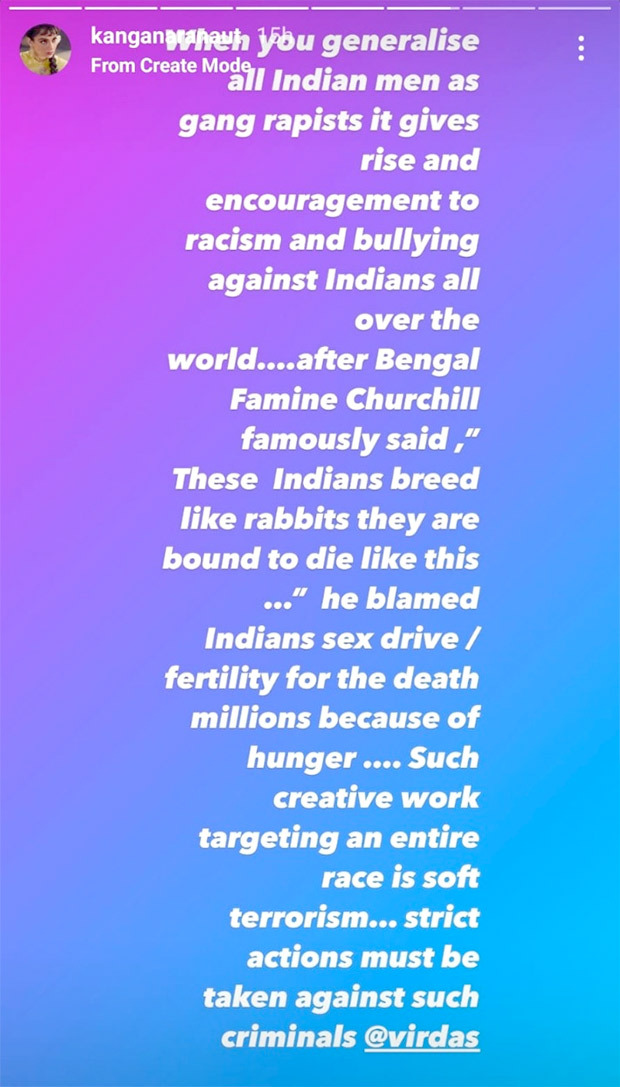 The viral video was a part of Vir’s latest performance at the John F Kennedy Centre in Washington DC. Apart from that, a complaint has been registered against the comedian at the Tilak Marg Police Station in Delhi.