Netflix's original film Qala starring Tripti Dimri and debutante Babil Khan has managed to impress the audience, critics, and celebs as well. After Anushka Sharma, actress Kangana Ranaut has also dropped her review for the film while lauding the star cast’s performance. 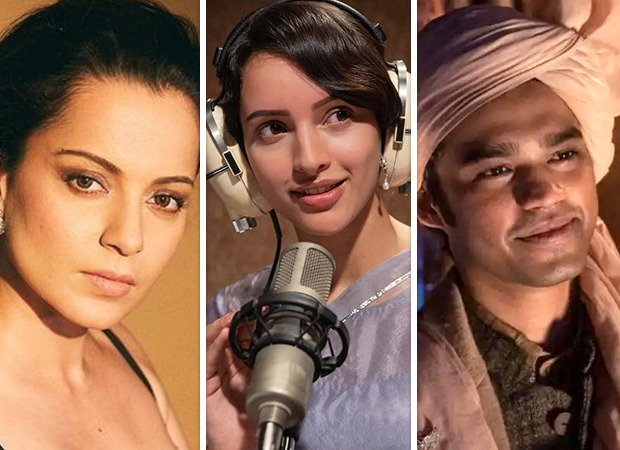 A week after the release of the film, Kangana took to her social media handle and shared a series of stories, in which she penned her thoughts on the film. While calling it “a metaphorical representation of creative consciousness”, Kangana wrote, “Qala is a great film, it's not your usual three-act structure neither is it a literal story of the physical world.”

In another note, she tagged the writer and director of the film, Anvita Dutt, and called her “one of the greatest creative forces right now.” To praise her efforts, Ranaut wrote, “I had the privilege of working with her in my film Queen (@anvita_dee wrote Queen) After a smashing directorial debut #bulbul in her second film as a director. She penetrates into the dreadful depths of the human psyche. And does the unthinkable dances with the demons of desire, hate jealousy, and insecurities.”

In the last slide of her review of the film, she signed off by saying, “All departments are great!!! special mention for all performances....@babil.i.k as a debutant is terrific...@tripti_dimri as a fellow Himachali pahadi girl makes me so proud. I just can't take my eyes off her.” 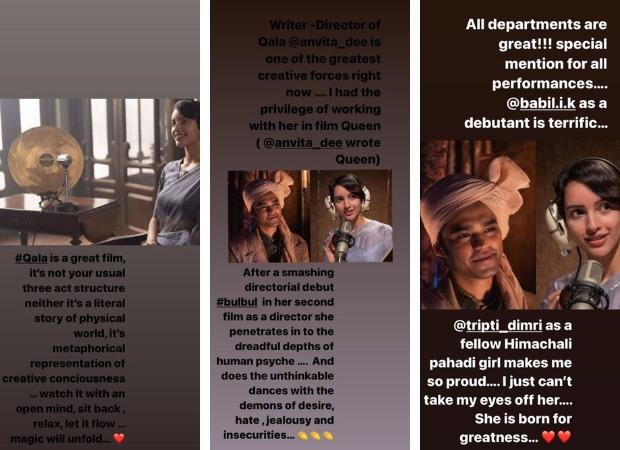 For the unversed, Qala follows the story of a young playback singer Qala Manjushree (played by Tripti Dimri) in the 1930s and '40s of India. The ensemble star cast of the film also includes Swastika Mukherjee, Amit Sial, Girija Oak and Sameer Kochchar. On the other hand, actress Anushka Sharma also made a special appearance in the song ‘Ghodey Pe Sawaar’ from Qala.

Also Read: Anushka Sharma on her retro-avatar cameo in Triptii Dimri starrer Qala: ‘Did ‘Ghodey Pe Sawaar‘ for the fun of it’