Kangana Ranaut is reportedly set to fly to LA soon, for her prosthetic tests for the biopic of late politician Jayalalithaa. Prior to that, she was seen visiting the historical Somnath temple in Gujarat, and also offered her prayers. Dressed in a light green salwar suit and heavy earrings, Kangana wore a divine look. 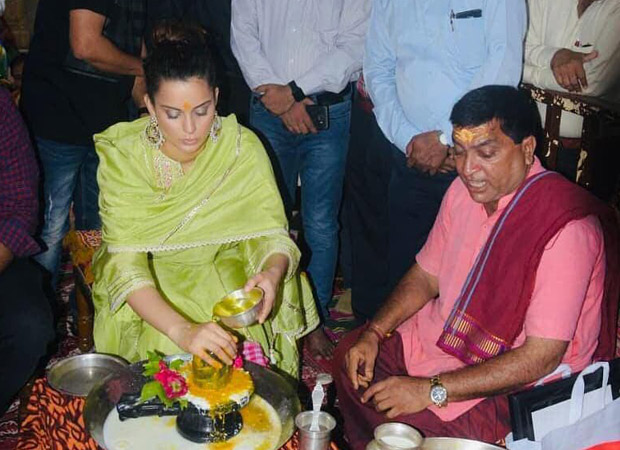 In a video, she is seen participating in the Puja after which she pours water on the Shiva linga. Kangana is also known to be a devotee of Lord Ganesha and is seen offering her prayers during every year's Ganesh Chaturthi. A couple of days back, we saw her dropping in at the Andhericha Raja pandal in Mumbai. She also took part in a special Aarti before the idol.

Recently, rumours of the Jayalalithaa biopic being put on hold also spread out on the internet. However, it was later reported that the film is working out on time and Hollywood makeup artist Jason Collins has been roped in for the same.

Kangana now awaits the release of Ashwiny Iyer Tiwari's Panga and will soon begin working on her action entertainer Dhaakad.