Kangana Ranaut is busy prepping for her next movie, Thalaivi, a biopic on the life of former CM J Jayalalitha and we have some exclusive details of when the film rolls. She is learning Bharat Natyam at present because the first schedule kicks off in Mysore (Jayalalitha’s early life) at first, followed with a grand song and dance number. Thalaivi is produced by Vishnu Vardhan Induri and Shaailesh R Singh. There has been speculation that Thalaivi is postponed. Shaailesh R Singh laughs off the rumour. “It’s completely untrue. We start shooting for Thalaivi from October 15 in Mysore.” 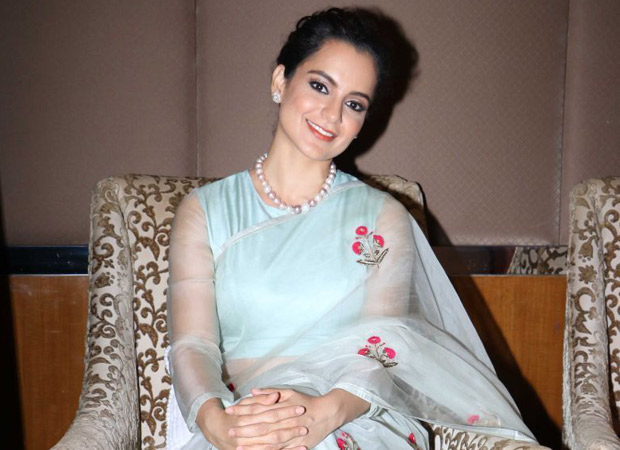 Kangana, who has completed the shoot of Ashwini Iyer Tiwari’s Panga, tells us before she leaves for her Bharat Natyam lessons, “I am working back-to-back in my movies. Right now, I am neck deep in the prep of Thalaivi and taking Bharat Natyam classes. I start shooting for it from October and will complete it by January next year. The first schedule will have a grand retro stage song with 150 dancers. There are two schedules and I take a 16-20 day break but it’s a 65-day movie so by December end and mid-January we should be able to finish it and then we can start with Dhaakad.”

Kangana will be performing classical dances and Bharat Natyam steps too in the lavish dance number. Jayalalitha a trained classical dancer, including Bharatanatyam, Kuchipudi, Mohiniyattam, Manipuri and Kathak.

Kangana informs, “Thalaivi is from Jayalalitha’s childhood to when she becomes the Chief Minister of TamilNadu. It’s a very challenging but fun role because I have not done a character which is so transformative one with lots of prosthetics. I have not done so much of adapting to somebody’s look. Only Dattu in Judgemental Kya Hai my hair was short and I had a certain look, but I have not done prosthetics or gone changing the way I look in any of my movies as I will be doing in Thalaivi.” She adds that will she will also put on weight for Thalaivi, there will be prosthetics in that too.

Once Thalaivi is complete, the actress begins her prep for Razneesh Ghai and Sohail Maklai’s Dhakaad. “There is lots of action, chase sequences, sword fights, different kind of use of weapons in Dhakaad. I had done the basic combat training in Manikarnika so I don’t need to learn the basic training. But I will learn Israeli martial arts Krav Maga and the action choreography for about two weeks. It is being designed by the action choreographers and the director Razneesh Ghai. Once I complete my training, I start shooting for Dhakaad from mid-February. I don’t think I have ever had three releases in my life in a year – in 2020 there will be Thalaivi, Dhakaad and Panga. I take my time for all my movies like I took two months to learn Bharat Natyam. I don’t like to rush things as I get very anxious. I will be using all kinds of sophisticated weapons in Dhakaad including some of the latest machine guns. Razy is very knowledgeable in it as he knows them by name, models and numbers and I will follow his instructions. There is a lot of hand-to-hand combat as the nature of the fights is very raw. I believe that one has to keep learning something or the other for each movie.”

Kangana has more reason to smile. She has been creating awareness and helping to raise funds for Sadhguru’s Cauvery Calling, a campaign to support farmers to plant 242 crore trees and revitalize the river Cauvery. “We collected more than two crore trees in a week and that’s fantastic!” She exults.