Actress Kangana Ranaut is all set to make her debut as a producer with the film Tiku Weds Sheru. The film stars Nawazuddin Siddiqui paired with Television and social media star Avneet Kaur. Way before its release, the film has already made headlines over the age gap of its lead stars. The lead stars have a 27-year age difference - while Nawazuddin is 47, Avneet is 20. 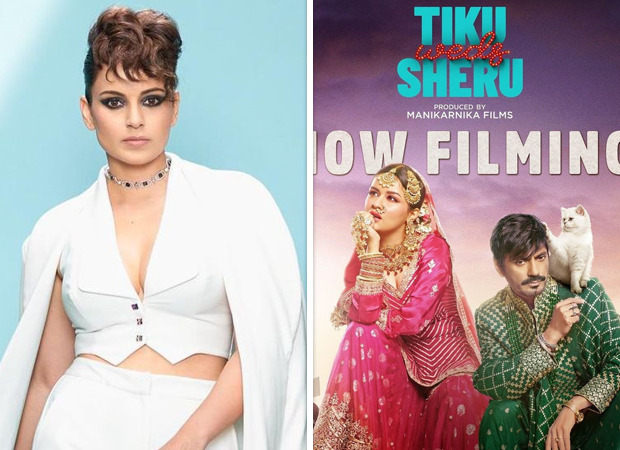 Kangana Ranaut addresses the age gap of Tiku Weds Sheru stars Nawazuddin Siddiqui and Avneet Kaur; reveals she was warned against pairing them

At an event earlier this month, Kangana said that she was warned against pairing Nawazuddin and Avneet but felt that it suited the storyline. “Mujhe sab ne bohot warn kiya tha iske against, chahe jo bhi age gap hai ya jo bhi hai, yeh meri story ko suit karta hai (Everyone warned me against casting them together but whatever the age gap is, it suits my story),” she told reporters.

Citing the example of her pairing with R Madhavan in Tanu Weds Manu and its sequel Tanu Weds Manu Returns, Kangana said that the juxtaposition of their characters ensured the chemistry. “So it was my belief that Avneet is the right person for this film. With Nawaz sir, uski jodi bohot badi hit rahegi, this is my feeling. But let’s see, baaki toh aap logon ke haath mein hai (Her pairing with Nawaz sir will be a big hit, this is my feeling. But let’s see, the rest is in your hands),” she added